Green Bay, Wisconsin - Famous for the Green Bay Packers and is also the Toilet Paper Capital of the world.

Green Bay is in the northeastern part of Wisconsin, located at the southern end of Green Bay (an arm of Lake Michigan) at the mouth of the Fox River. It is about 90 miles north of Milwaukee. Green Bay is the county seat of Brown County.

Green Bay is an industrial city with several meatpacking plants, paper mills, and a port on Green Bay, known locally as "the Bay of Green Bay".

Green Bay is the home of the Neville Public Museum, with exhibitions of art, history, and science; the Children's Museum; the University of Wisconsin–Green Bay; and the Green Bay Packers.

Samuel de Champlain, the founder of New France, commissioned Jean Nicolet to form a peaceful alliance with Native Americans in the western areas, whose unrest interfered with French fur trade, and to search for a shorter trade route to China through Canada. Nicolet and others had learned from other First Nations of the Ho-Chunk (Winnebago) people, who identified as "People of the Sea", and believed they must reside on or near the Pacific

Ocean. Champlain had also heard about natural resources in the area, including fertile soil, forests, and animals. Nicolet began his journey for this new land shortly before winter in 1634. In what later became a French fur-trading route, he sailed up the Ottawa River, through Lake Nipissing and down the French River to Lake Huron, then through the straits of Michilimackinac into Lake Michigan. He is believed to have landed at Red Banks, near the site of the modern-day city of Green Bay, Wisconsin.

Nicolet founded a small trading post at Green Bay in 1634, originally named La Baye or La Baie des Puants (French for "the Bay of Stinking Waters"). Nicolet's settlement was one of the oldest European permanent settlements in America and makes it the oldest city in Wisconsin. 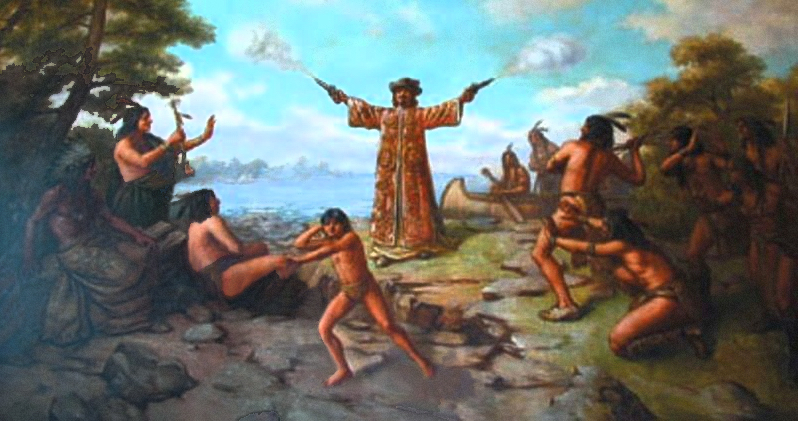 Above: Jean Nicolet, landing at the Bay of Green Bay in 1634. Painted by Franz Edward Rohrbeck (1852-1919) in 1910 into the mural in the rotunda of the Brown County Courthouse, Green Bay, Wisconsin. It shows Nicolet wearing a Chinese damask tunic strewn with flowers and birds, and discharging two pistols into the air.

Many of the explorers who came here were more interested in finding an easy route to Asia than they were in exploring and settling this continent. In 1634 Jean Nicolet, emissary of Gov. Samuel de Champlain of New France, landed at Red Banks on the shore of Green Bay about a mile west of here. His mission was to arrange peace with the "People of the Sea" and to ally them with France. Nicolet half expected to meet Asiatics on his voyage and had with him an elaborate Oriental robe which he put on before landing. The Winnebago Indians who met him were more impressed with the "thunder" he carried in both hands as he stepped ashore firing his pistols. Nicolet reported to his superiors that he was entertained with "sixscore beavers" being served at one banquet, but it was the pelts and not the flesh of the beaver that were to be highly prozed by those who followed him.


The Toilet Paper Capital of the World

Green Bay has long been known as the "toilet paper capital of the world" because the first splinter-free toilet paper was produced here. The paper industry is still one of the area's largest employers.

Until the 1900's, cheap mail publications like the Sears Catalog and the Farmer’s Almanac were the economical wipe of choice. Whereas, Green Bay did not invent the modern toilet paper roll, in 1901, Northern Paper Mills of Green Bay produced the first "sanitary tissue" called Northern Tissue (each pack had 1,000 sheets of 4x10 inch paper that were pierced with a wire loop to hang from a nail).

These early toilet paper rolls still had the occasional chip or splinter until Northern Paper developed the method of "linenizing" paper in 1935. This process made toilet paper both softer and "splinter-free" — and the rest is a gentler, less abrasive history.


Green Bay is the smallest city to have a National Football League franchise, the Green Bay Packers team was founded in 1919 by Curly Lambeau and George Calhoun. Because of the Packers' 13 Championships (9 NFL championships pre-merger, four (4) Super Bowl championships), Green Bay is one of many cities to have the nickname "Title Town."

↩  Back to Wisconsin Facts & Tidbits 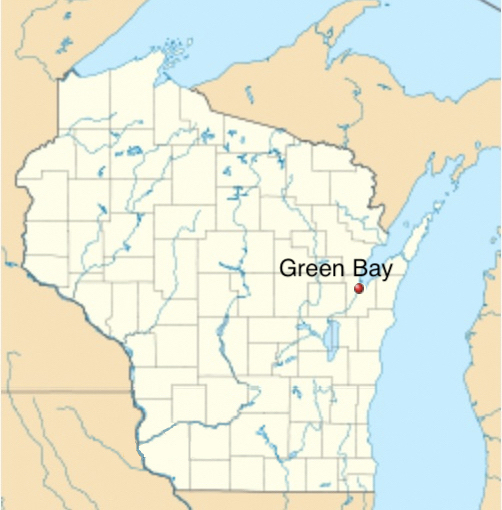 The Toilet Paper Capital of the World 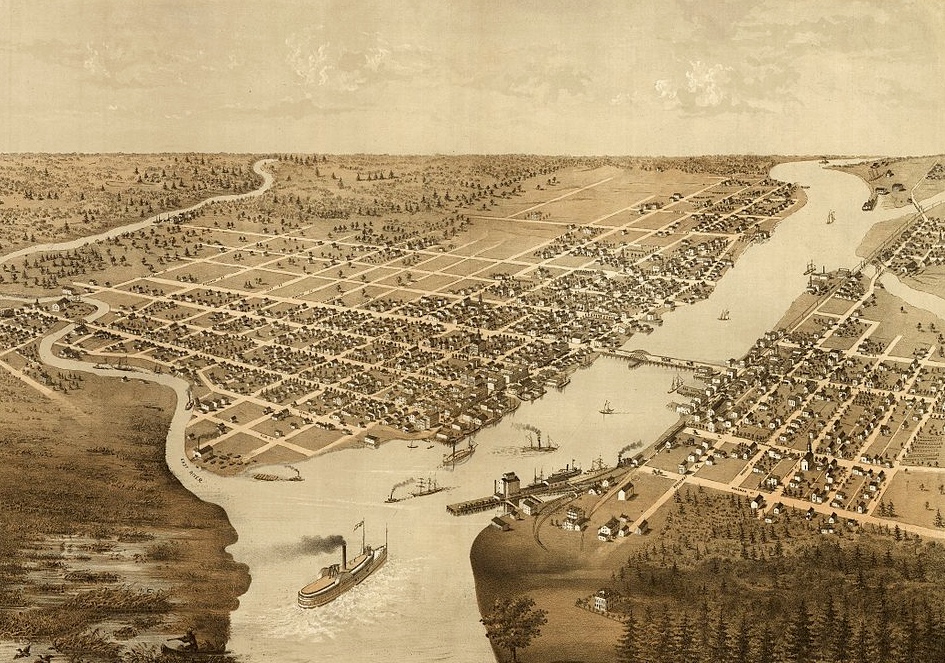 Above: Bird's eye illustration of Green Bay, Wisconsin (circa 1867). 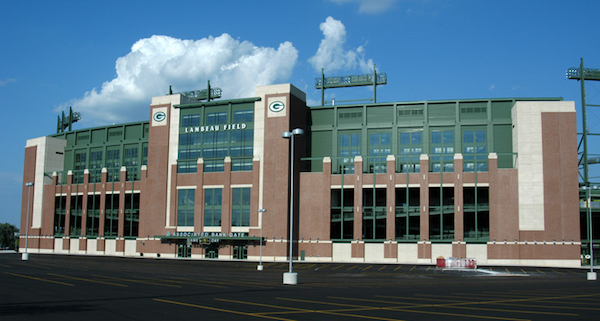 Above: West side of Lambeau Field in Green Bay, Wisconsin. Photo licensed under the Creative Commons Attribution 2.0 Generic: YF12s. 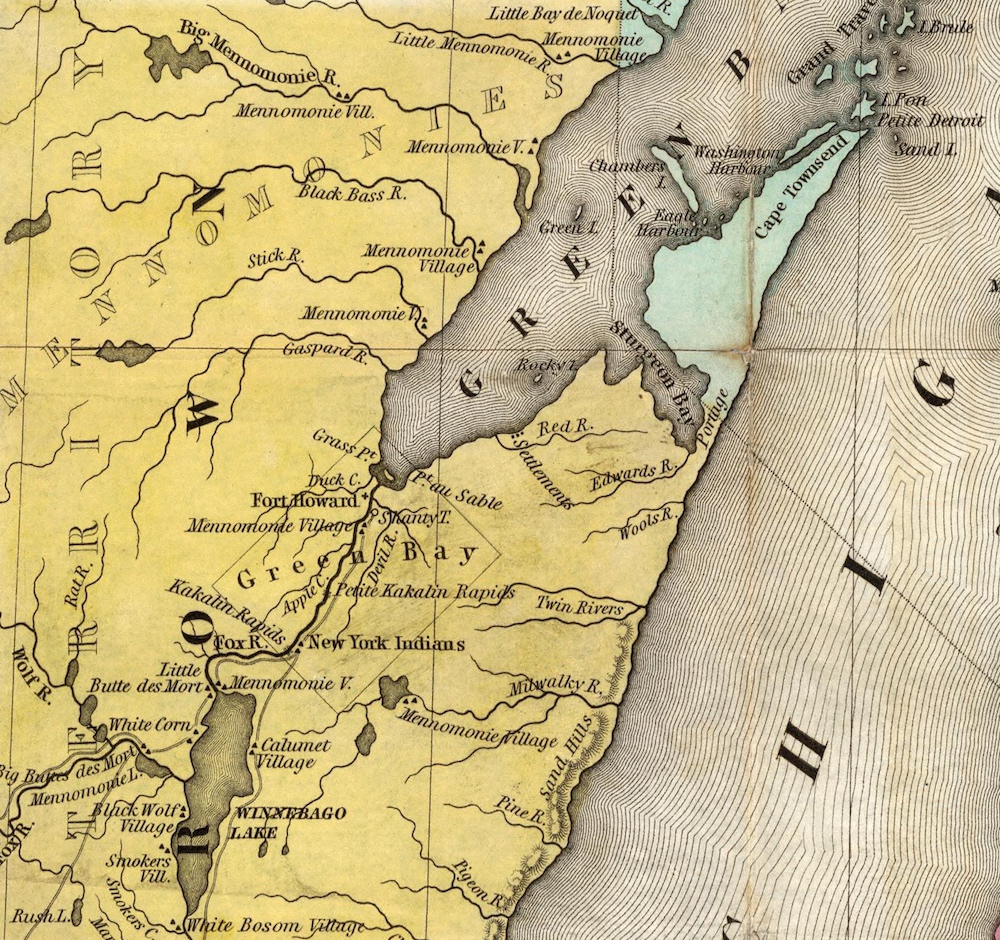 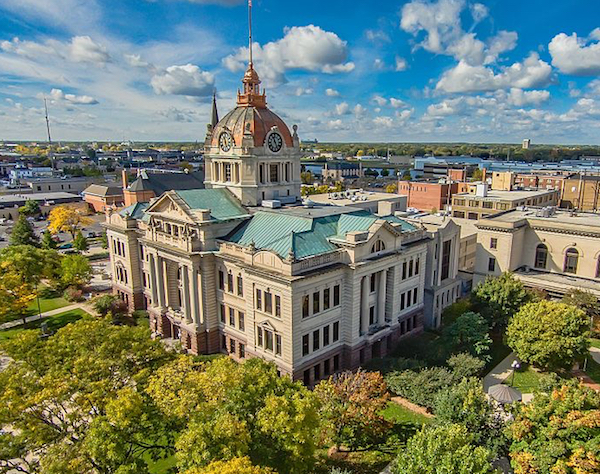