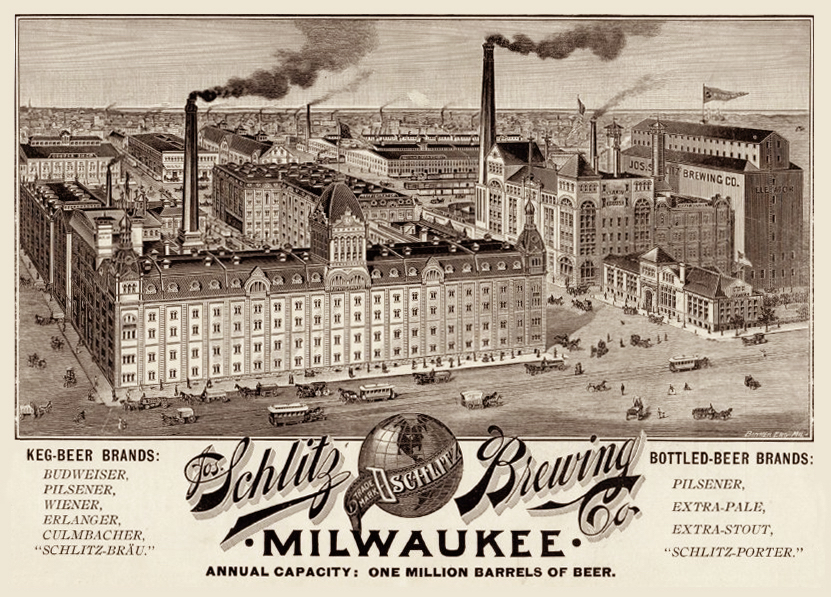 Joseph Schlitz - Brewer; born on May 15, 1831 in Mainz, Germany, and emigrated to the U.S. in 1850. In 1856 Schlitz assumed management of the Krug Brewery in Milwaukee, Wisconsin. In 1858 when Schlitz married Krug's widow he changed the name of the company to the Joseph Schlitz Brewing Company. Schlitz became more successful after the Great Chicago Fire of 1871, when he donated hundreds of barrels of beer as part of the relief effort. Many of Chicago's breweries that had burnt were never to reopen; Schlitz established a distribution point there and acquired a large part of the Chicago market.

Schlitz perished along with 340 others in the wreck of the SS Schiller in thick fog off the Isles of Scilly on May 7, 1875. The islands lie 26 miles to the west of Cornwall, England.

The Joseph Schlitz Brewing Company flourished through much of the 1900s, starting in 1902 when the production of one million barrels of beer surpassed then Milwaukee-based Pabst's claim as the largest brewery in the United States. The Joseph Schlitz Brewing Company was bought by Stroh Brewery Company (of Detroit, Michigan) in 1982 and subsequently sold along with the rest of Stroh's assets to Pabst Brewing Company in 1999. Pabst now produces the recently relaunched "Schlitz Gusto" beer and Old Milwaukee. 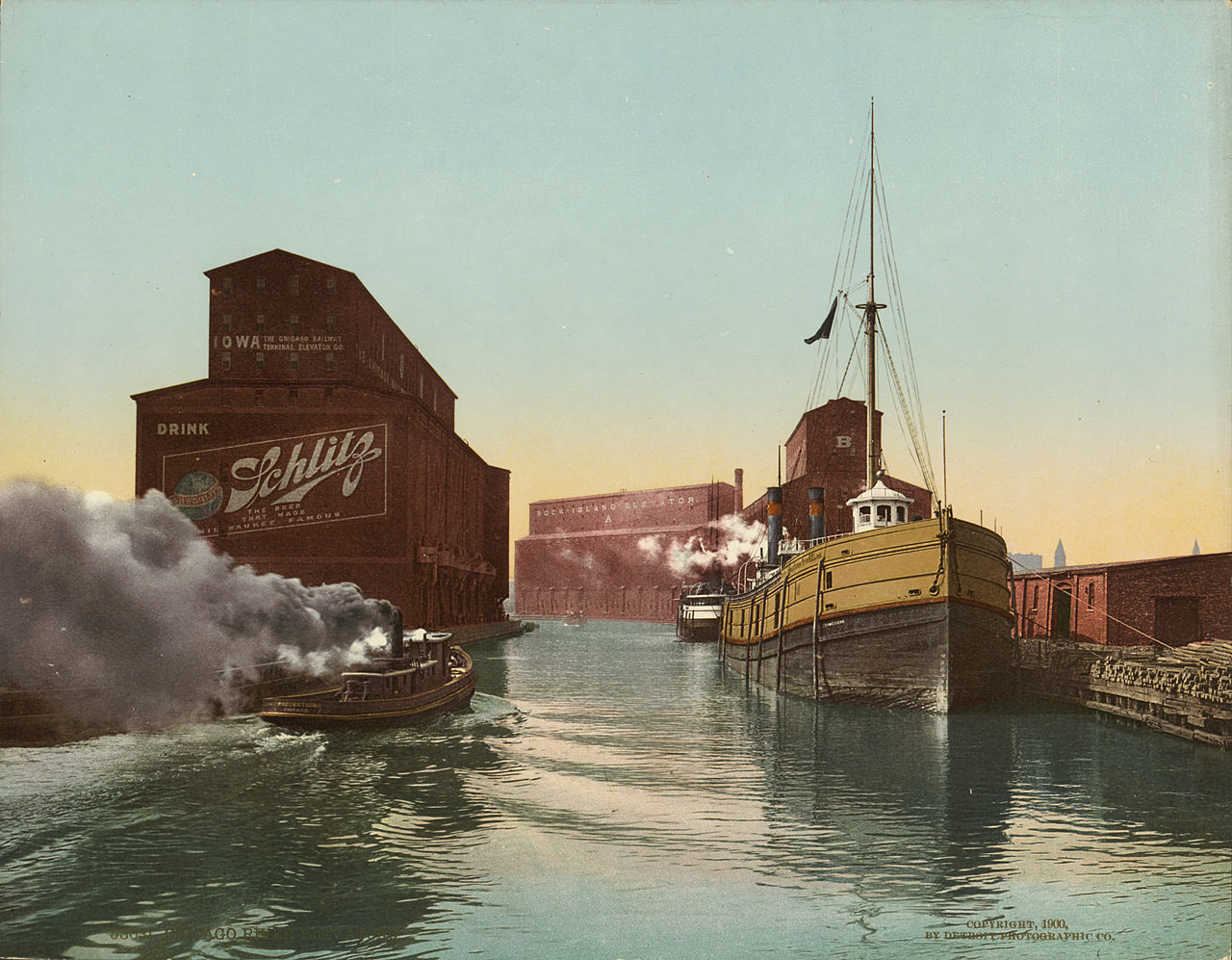 Above: Schlitz advertising on the Chicago River grain elevators.

Buy Schlitz paraphernalia at Amazon. (Click on image below to browse.) 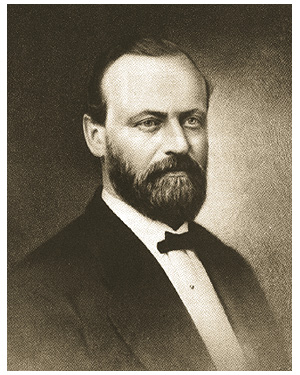 Above: Joseph Schlitz (Unknown date but before 1875 that was the year of his death). 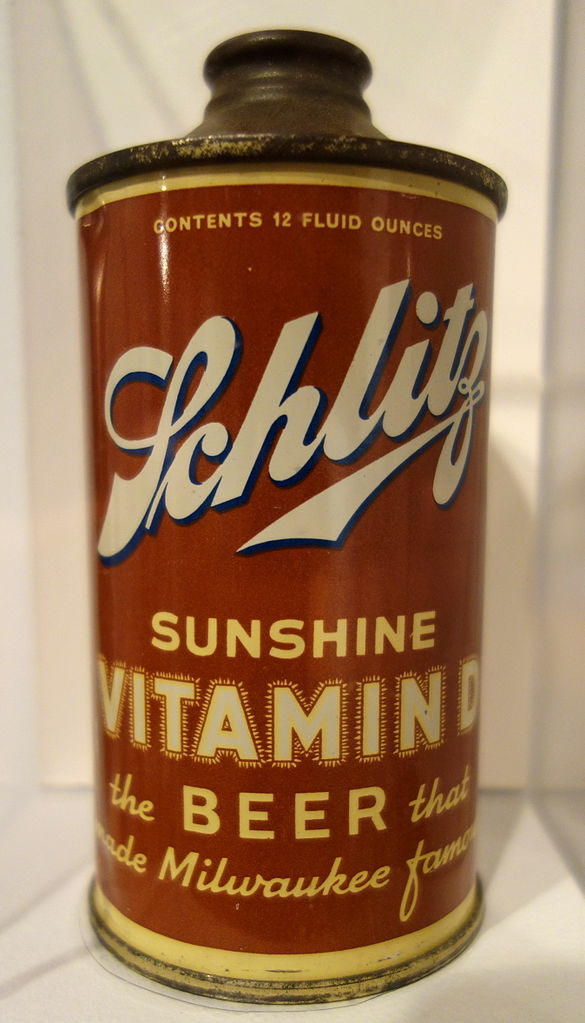 Above: A Schlitz Sunshine Vitamin D Beer can in the Wisconsin Historical Museum. 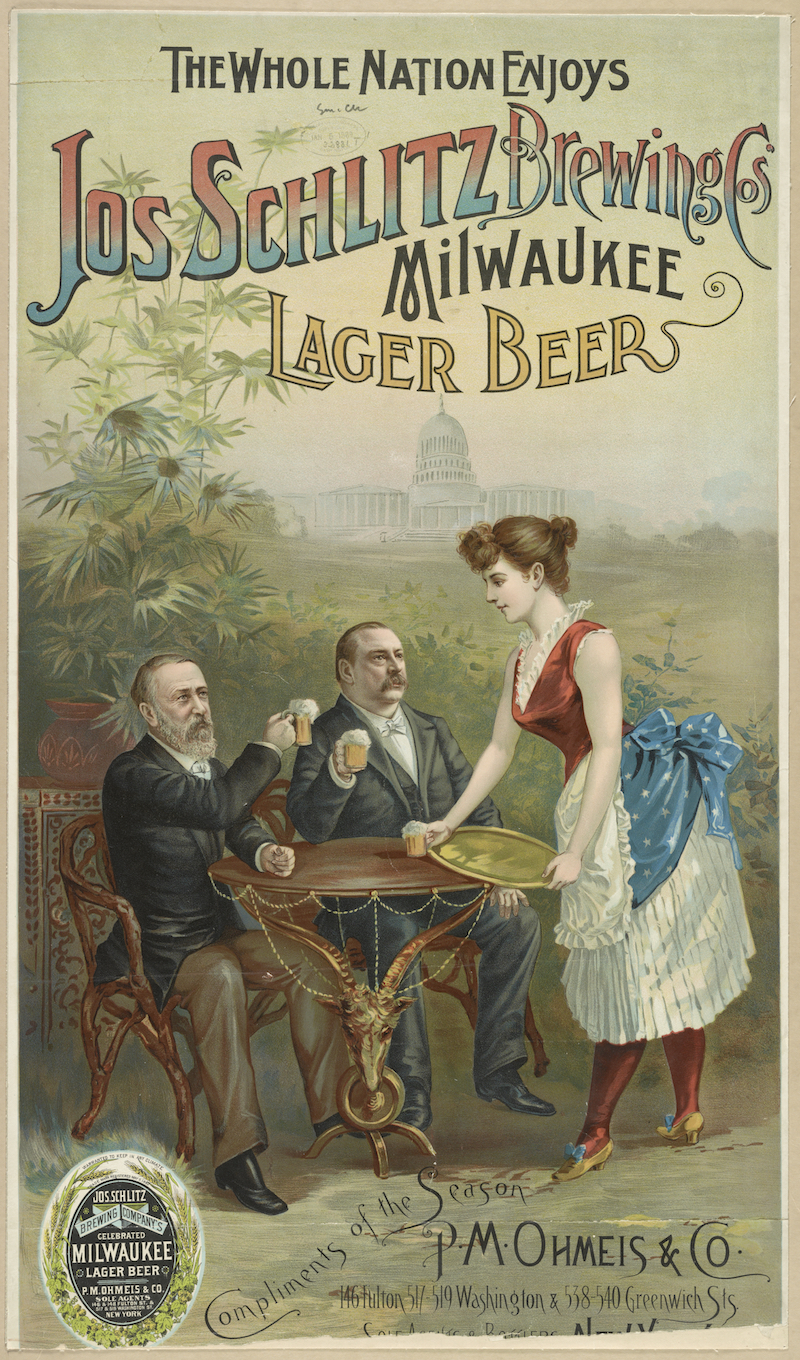