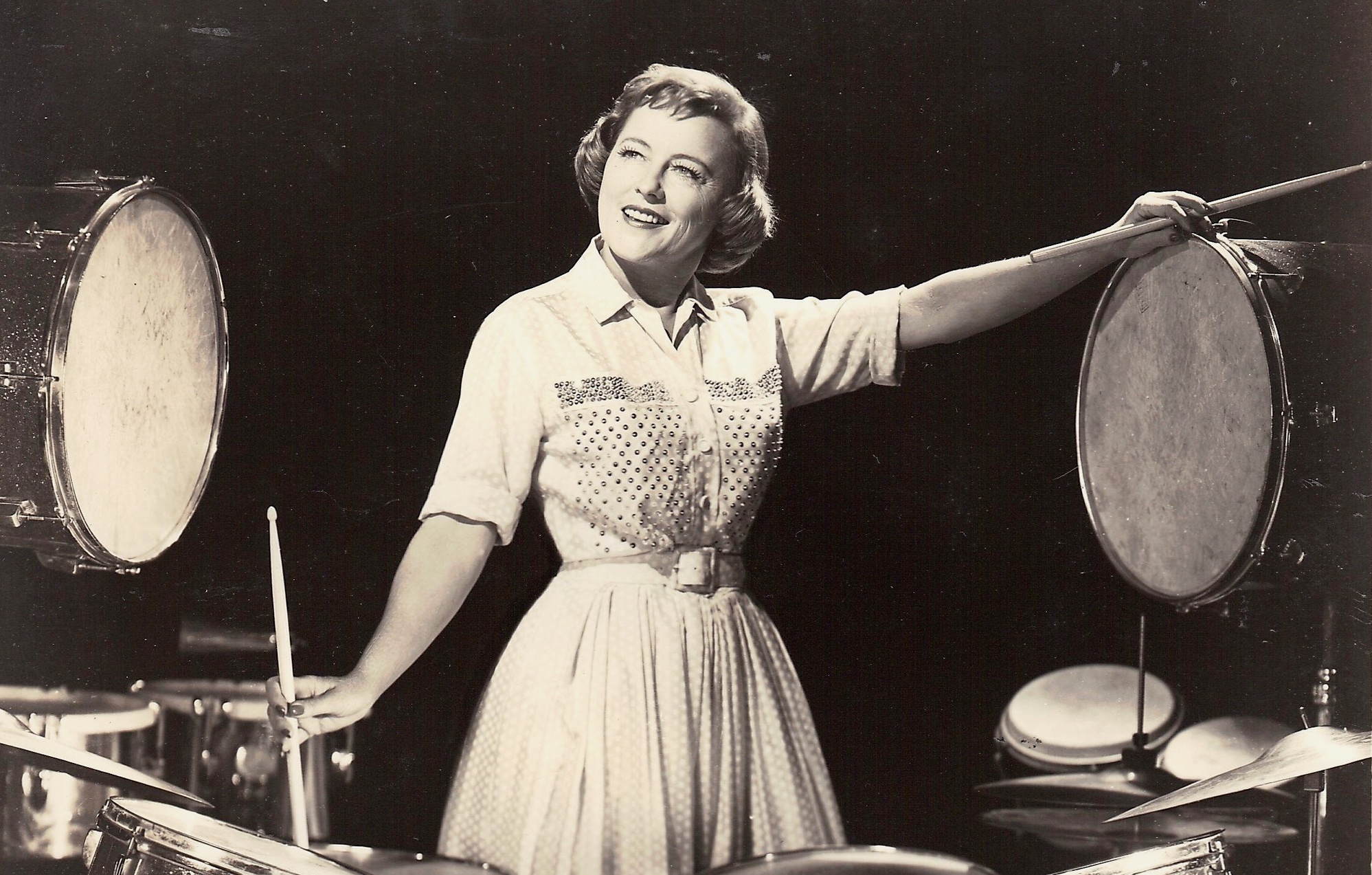 
Viola Smith (Schmitz) - American drummer. She was best known for her work in orchestras, swing bands, and popular music from the 1920s until 1975. She was one of the first professional female drummers. and was billed as the swing era's "World's fastest girl drummer." NOTE: Smith lived to be almost 108 years old (she died on October 21, 2020).

Smith got her start in the late 20s playing in her family band, the Schmitz Sisters Mt. Calvary Orchestra, with her five older sisters. Viola was chosen to play drums by default (being the youngest).

In 1938, Smith and her sister, Mildred, formed the all-female orchestra, The Coquettes. Her showcase was "The Snake Charmer", a jazzy arabesque with explosive drum-fills. Because Viola found it difficult to conduct the band while playing the drums, she turned over baton duties to Frances Carroll.

Smith played five times on The Ed Sullivan Show, as well as in two films and the 1966 Broadway musical "Cabaret" where she was in the Kit Kat Band. Smith also played drums alongside Billie Holiday, Ella Fitzgerald, Chick Webb, in the 1945 Abbott & Costello film "Here Come the Co-Eds," and at President Harry Truman's inauguration in 1949. 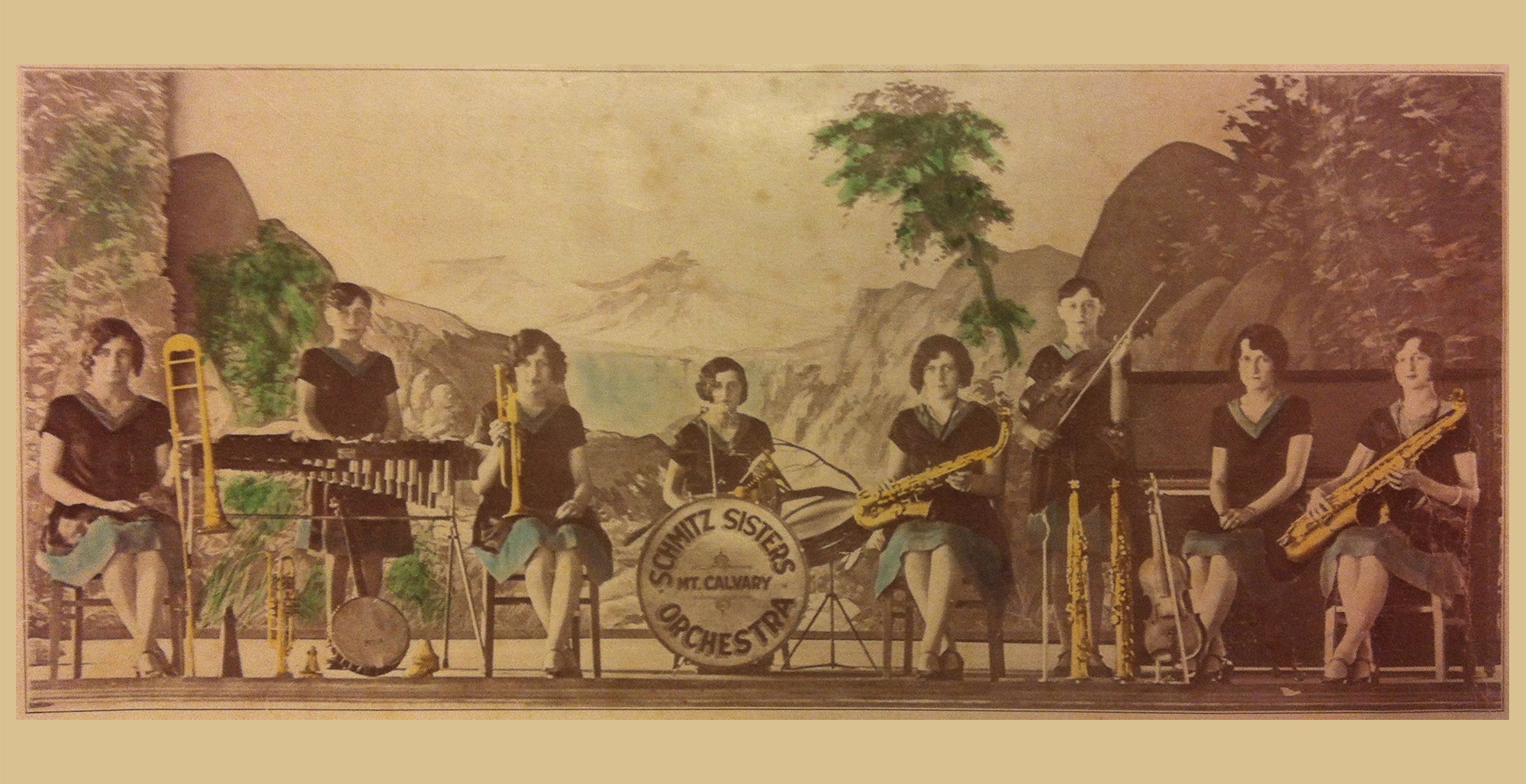 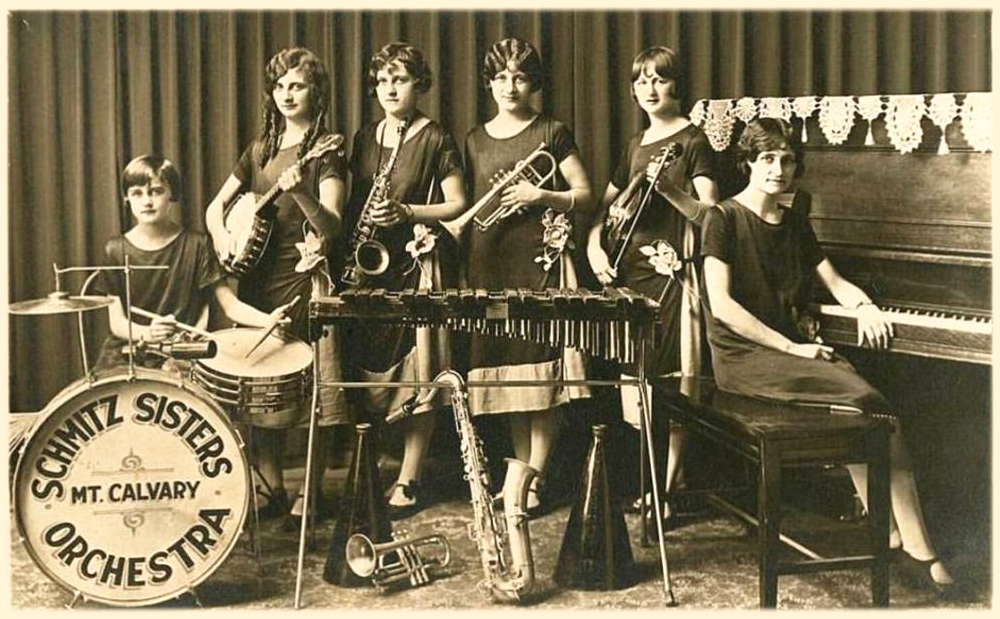 Or, read her October 26, 2020 story in the Milwaukee Journal Sentinel. 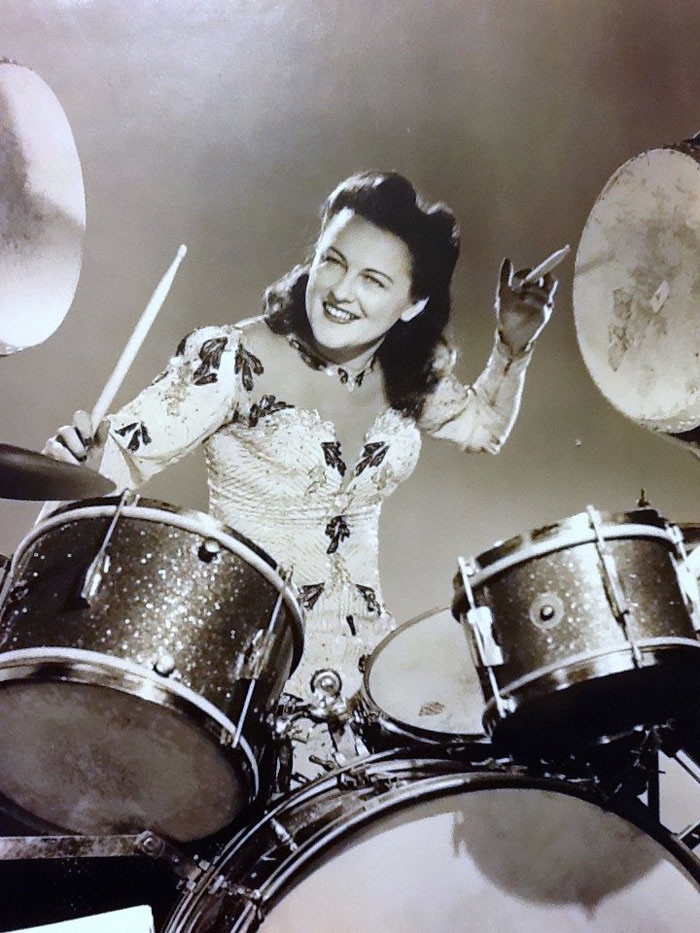 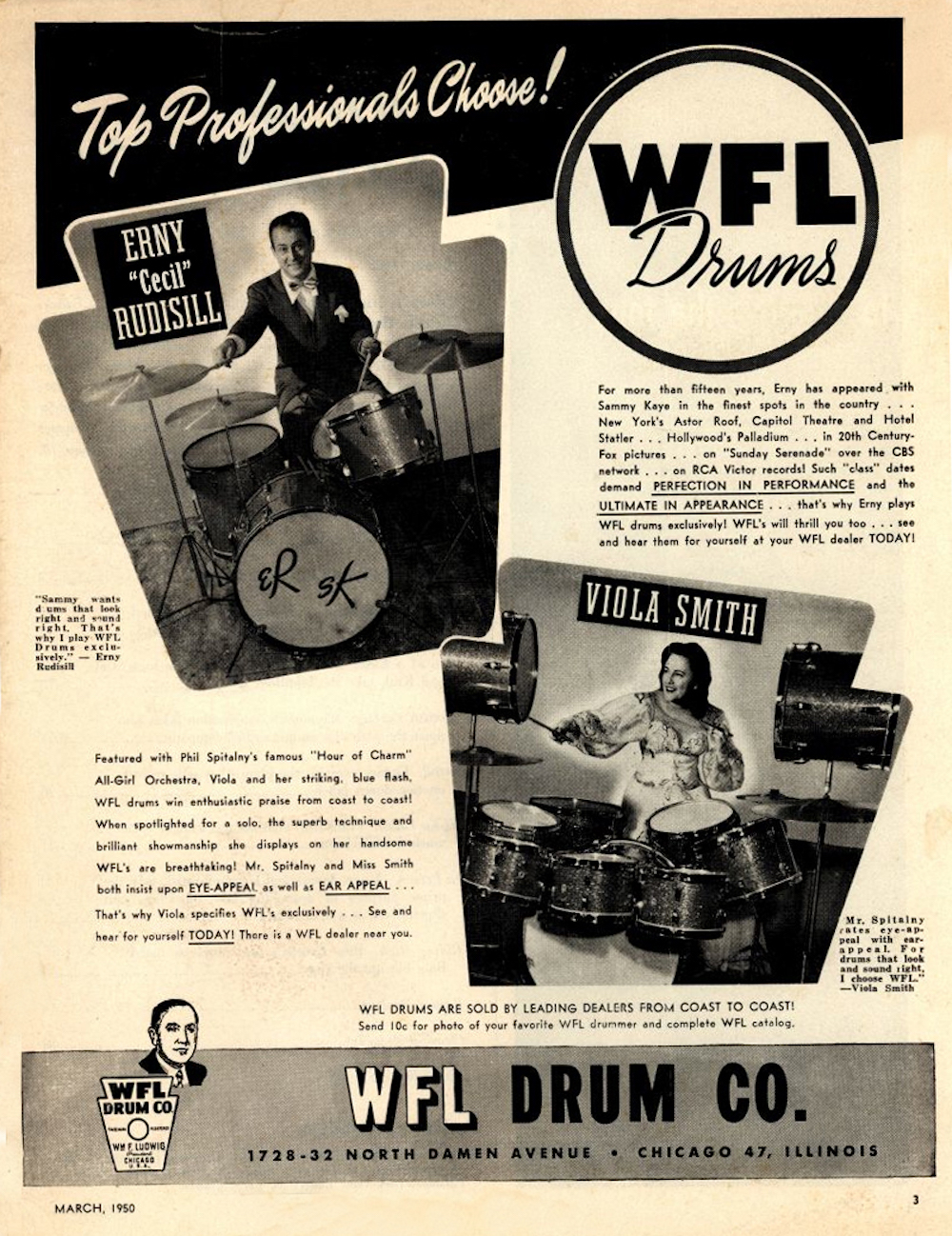 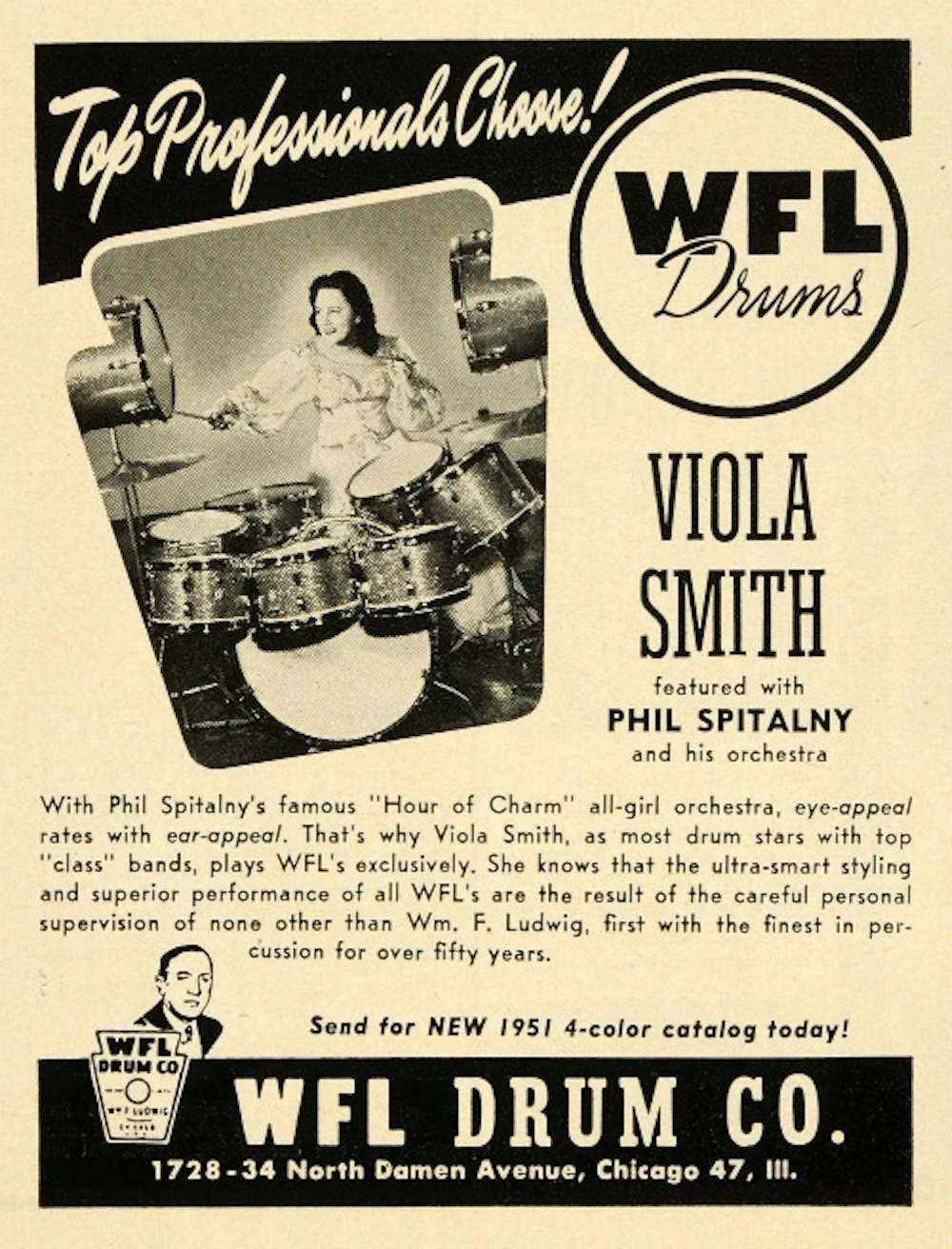 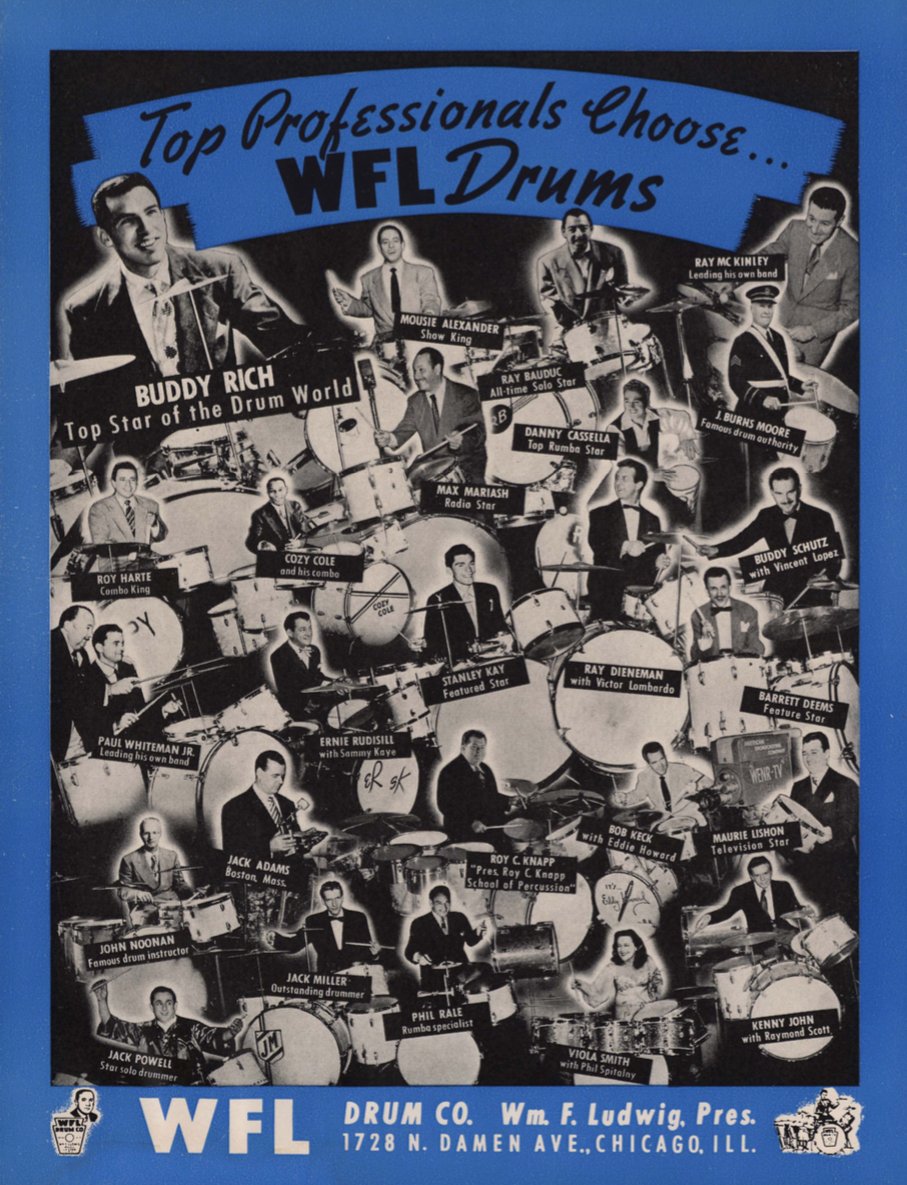 Above: "Viola Smith as an endorser for the WFL Drum Company in Chicago, IL. 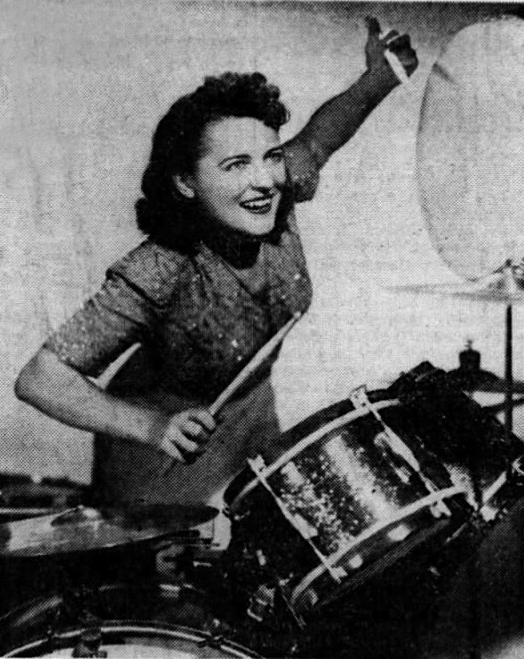 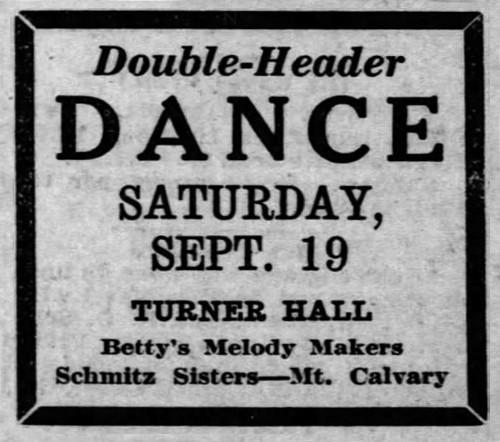 Above: September 19, 1925 advertisment in the Sheboygan Press for a Schmitz Sisters concert at Turner Hall. 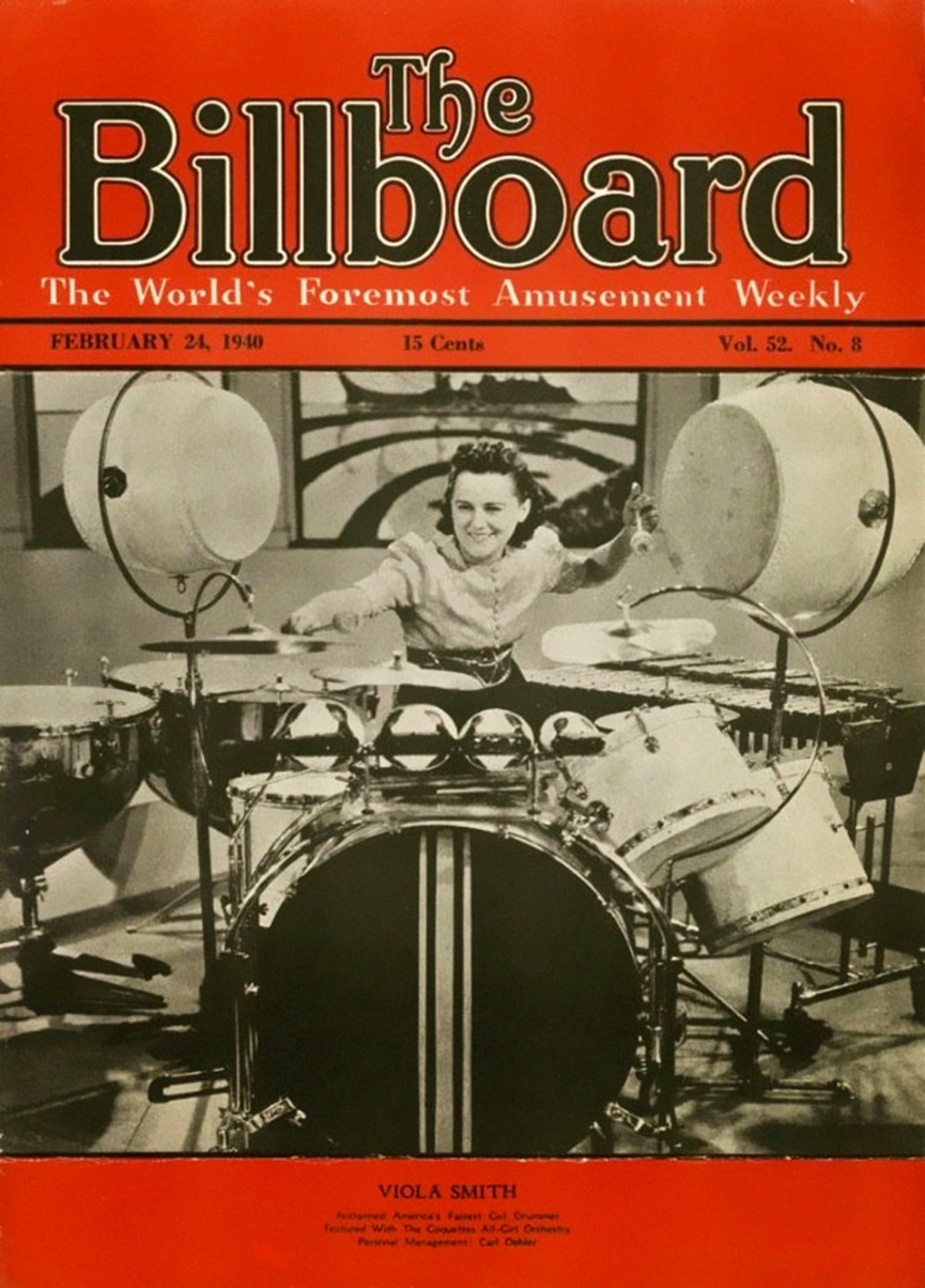