Monroe, Wisconsin - The "Swiss Cheese" capital of the world.

Monroe is located in southwestern Wisconsin’s western upland geographic region. Monroe is known as "the Swiss Cheese Capital of the USA" and is the county seat of Green County, Wisconsin.

Green county was created in 1837 from the Wisconsin Territory. It is named for General Nathanael Greene, who commanded the Southern Campaign in the American Revolutionary War.

Home to the Oldest Brewery in the Midwest

The Historic Green County Courthouse in the Center of Monroe

The Green County Courthouse, located on Courthouse Square in Monroe, is the county courthouse serving Green County, Wisconsin. Built in 1891, it is the county's second permanent courthouse. Architect G. Stanley Marshfield designed the stunning Richardsonian Romanesque building. The courthouse was added to the National Register of Historic Places in 1978.

Biking and Hiking the Area

Monroe is the eastern starting point for the Cheese Country Trail, a 47-mile multi-purpose recreational path, and the Badger State Trail, a bicycle and pedestrian-only trail in summer and an ATV/snowmobile trail in winter.

The "Swiss Cheese Capital" of the World

Monroe is the home of the National Historic Cheesemaking Center. It is also home to many cheese makers including: Roth Cheese (makers of Roth Grand Cru Surchoix — that won Best-in-Show at the World Cheese Championship Contest in 2016), Maple Leaf Cheese Factory, Deppeler Cheese Factory, Klondike Cheese Co.; and the famous mail order cheese gift seller, The Swiss Colony, founded by Ray Kubly in 1926.

Turner Hall is celebrating 150 years in 2018. Steeped in the Swiss traditions and history of south-central Wisconsin, the Turner Hall of Monroe is one of the oldest, continuously-running Swiss entities in this country. The building, a Swiss Emmenthal-style chalet designed by German architect Max Hanisch, is listed on both the National and State Registers of Historic Places. It includes an authentic Old World Ratskeller Restaurant, an elegant Grand Hall with the area's largest wooden floor, and a "retro" 8-lane Family Bowling facility.

Since 1967, The Monroe Swiss Singers have held Swiss Fest at Turner Hall the first week in November.

Or, visit the City of Monroe website at: www.cityofmonroe.org.


Buy Monroe, Wisconsin cheese at Amazon (Click on image below).

↩  Back to Wisconsin Facts & Tidbits 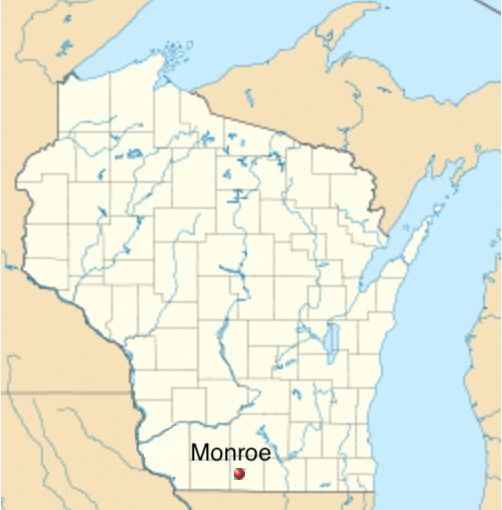 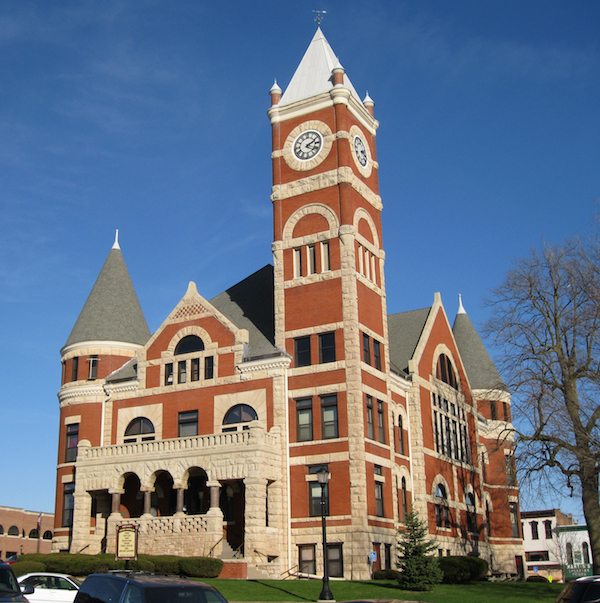 Above: The Green County Courthouse in Monroe, Wisconsin. Listed on the U.S. National Register of Historic Places in 1978.

Above: Cival War Memorial in front of the Green County Courthouse in Monroe, Wisconsin.


Above: A time-lapse video of the The Swiss Colony Cheese Days Parade (2014).