Milwaukee, Wisconsin - The largest city in Wisconsin, Milwaukee is located in the southeastern corner of the state along the shores and bluffs of Lake Michigan at the confluence of three rivers: the Menomonee River, the Kinnickinnic River, and the Milwaukee River. Milwaukee is known for its breweries, many of which offer tours chronicling its role in the beer industry.

Europeans had arrived in the Milwaukee area prior to the 1833 Treaty of Chicago. French missionaries and traders first passed through the area in the late 17th and 18th centuries. Alexis Laframboise, in 1785, coming from Michilimackinac (now in Michigan) settled a trading post; and is considered the first resident of European descent in the Milwaukee region. Early explorers called the Milwaukee River and surrounding lands various names: Melleorki, Milwacky, Mahn-a-waukie, Milwarck, and Milwaucki, in efforts to transliterate the native terms. For many years, printed records gave the name as "Milwaukie".

Over 150 state and county park and 130 miles of multi-use bike trails.

The first typewriter to be commercially successful was invented in 1878 by Americans Christopher Latham Sholes, Frank Haven Hall, Carlos Glidden and Samuel W. Soule in Milwaukee, Wisconsin, although Sholes soon disowned the machine and refused to use, or even to recommend it. It looked "like something like a cross between a piano and a kitchen table."

Milwaukee became synonymous with Germans and beer beginning in the 1850s. The Germans had long enjoyed beer and set up breweries when they arrived in Milwaukee. By 1856, there were more than two dozen breweries in Milwaukee, most of them owned and operated by Germans. Besides making beer for the rest of the nation, Milwaukeeans enjoyed consuming the various beers produced in the city's breweries.

For a large portion of Milwaukee's history, the city was known as the "beer capital of the world."

No, it has nothing to do with Wisconsin being the dairy state.

The reason Cream City is one of Milwaukee's nick names has to do with bricks used in many of the city's buildings. The prevelant light yellow-colored bricks are made from a clay found around Milwaukee, Wisconsin, in the Menomonee River Valley and on the western banks of Lake Michigan.

Cream City bricks are well known for their durability; many buildings constructed with them in the 19th century still stand today. An example of the durability of Cream City brick is Trinity Evangelical Lutheran Church, which was built more than 125 years ago.

The Milwaukee Art Museum designed by the Spanish architect Santiago Calatrava, contains nearly 25,000 works of art and is one of the largest museums in the United States. The museum holds one of the largest collections of works by Wisconsin native Georgia O'Keeffe. This iconic building, often referred to as "the Calatrava", is used in the museum's logo.

The conservatory is located at Mitchell Park in Milwaukee and is owned and operated by the Milwaukee County Park System The iconic three beehive-shaped glass domes display a large variety of plant life. They are properly referred to as the world's first conoidal domes.

For more information go to the Milwaukee County Parks Website.

Or, visit the Friends of the Domes website at milwaukeedomes.org


Buy Milwaukee products and books at Amazon (Click on image below).


↩  Back to Wisconsin Facts & Tidbits

Largest City in Wisconsin
"Beer capital of the world" 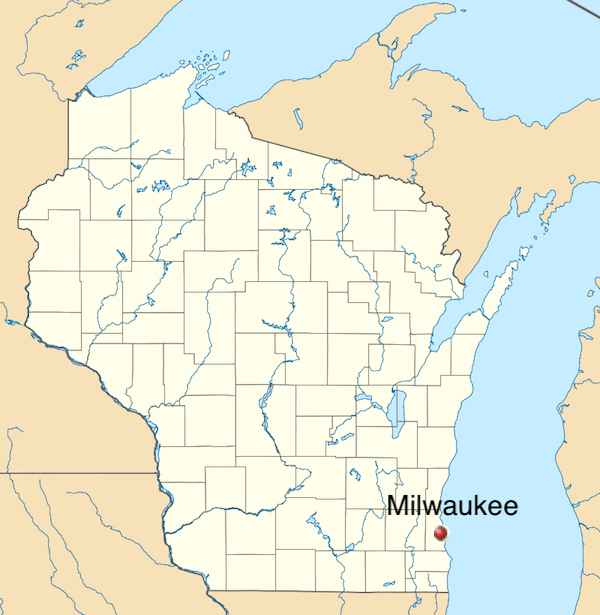 Cream City: Because of the Cream City brick used in building that is made with a cream or light yellow-colored brick made from clay found around Milwaukee.

City of Fesivals: Because of the many ethnic and cultural festivals that are held annually in Milwaukee; some of these festivals are the largest of their kind. For a schedule of upcoming festivals, visit the Visit Milwaukee City of Festivals website page. 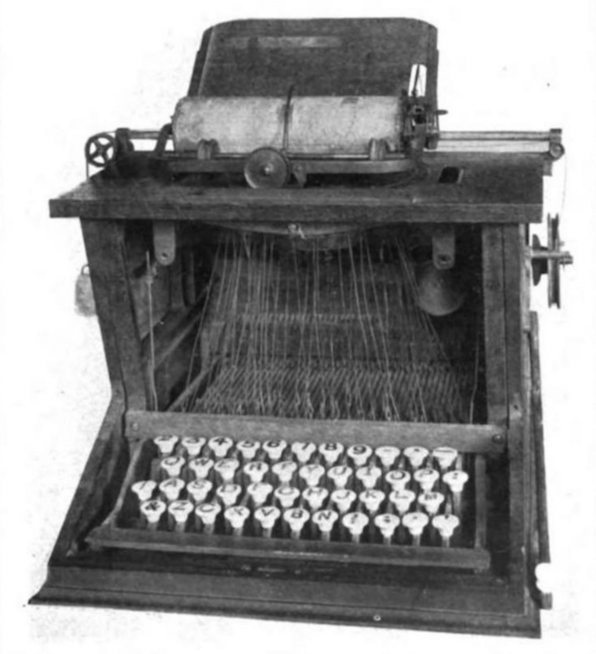 Above: Photo of prototype of the first practical typewriter invented by Christopher Latham Sholes, Carlos Glidden and Samuel W. Soule between 1868 and 1873 in Milwaukee. 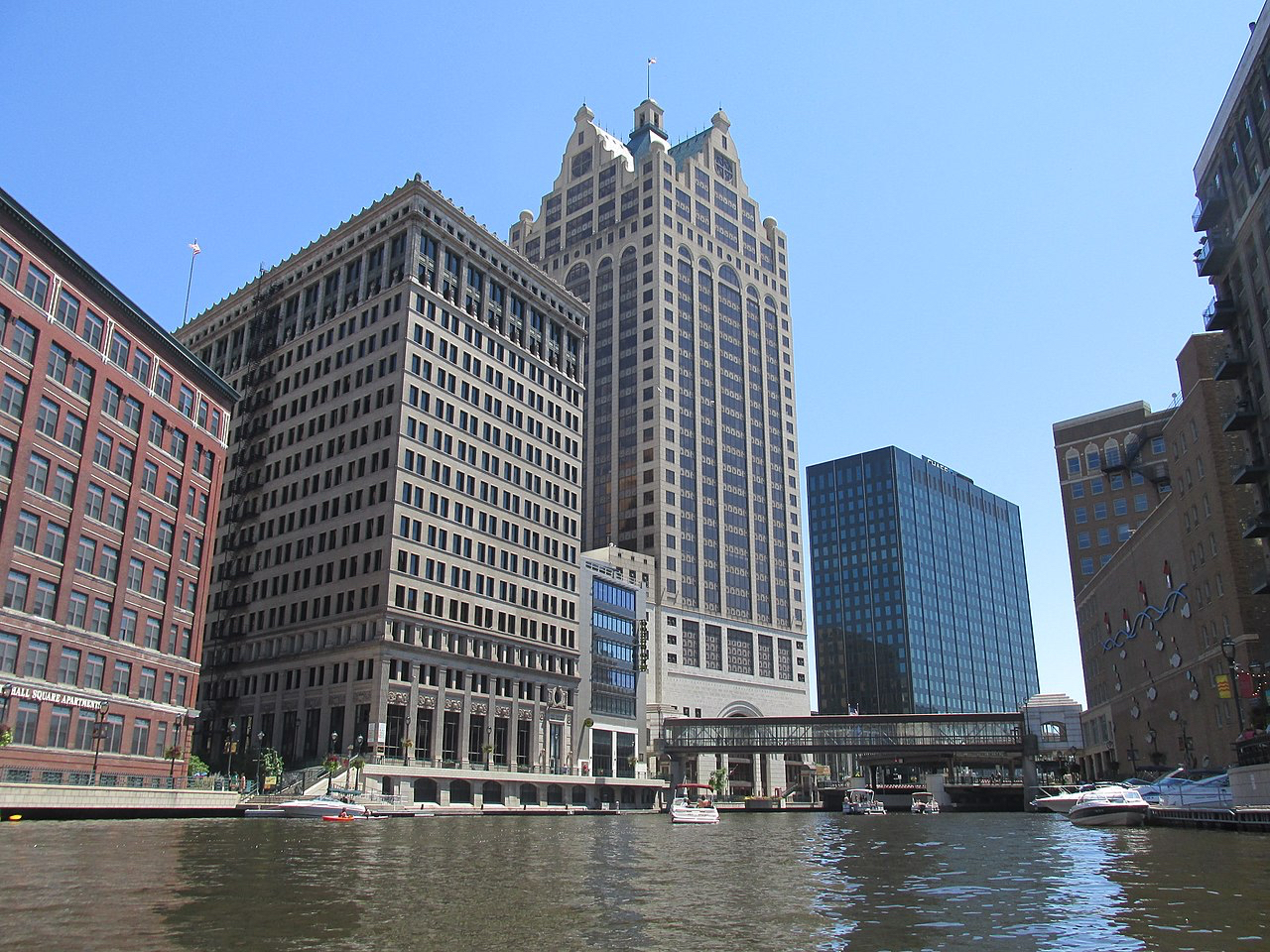 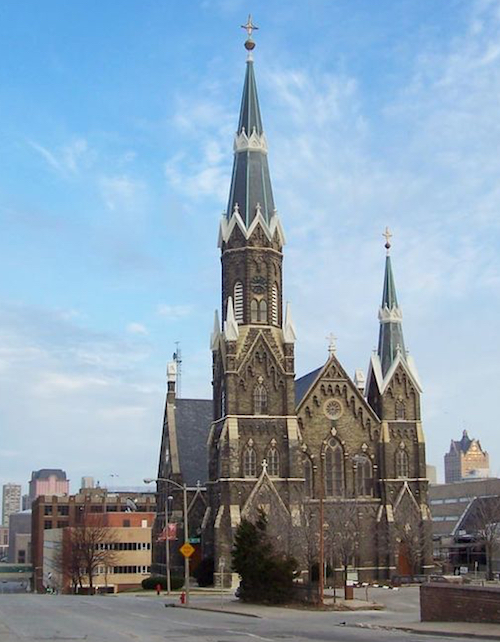 Above: Trinity Evangelical Lutheran Church, located in Milwaukee, Wisconsin, is an example of a building constructed with Cream City brick, though its cream color has been darkened by the elements. Photo licensed under Creative Commons Attribution-Share Alike 3.0 Unported: Sulfur. 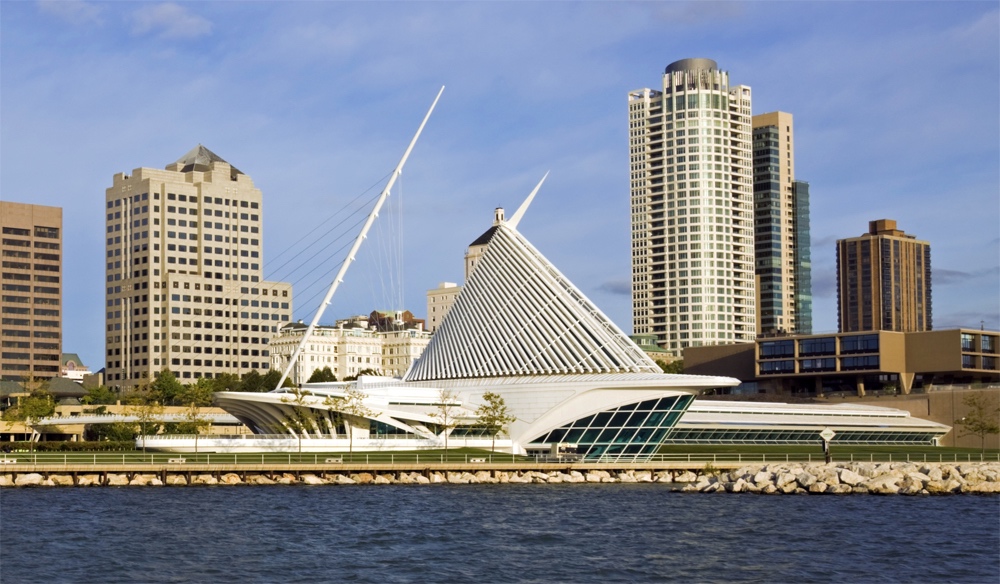 Above: View of Milwaukee Museum ("the Calatrava") from Lake Michigan. 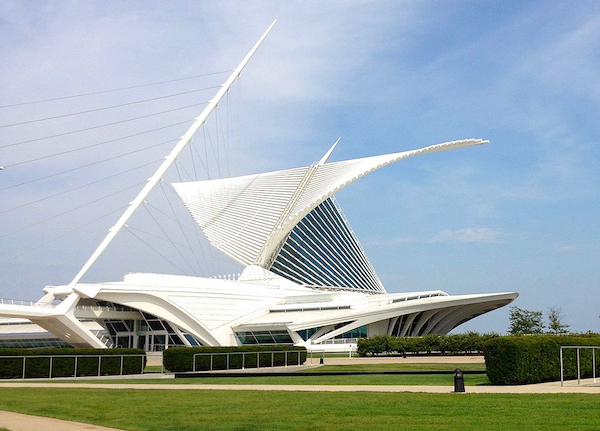 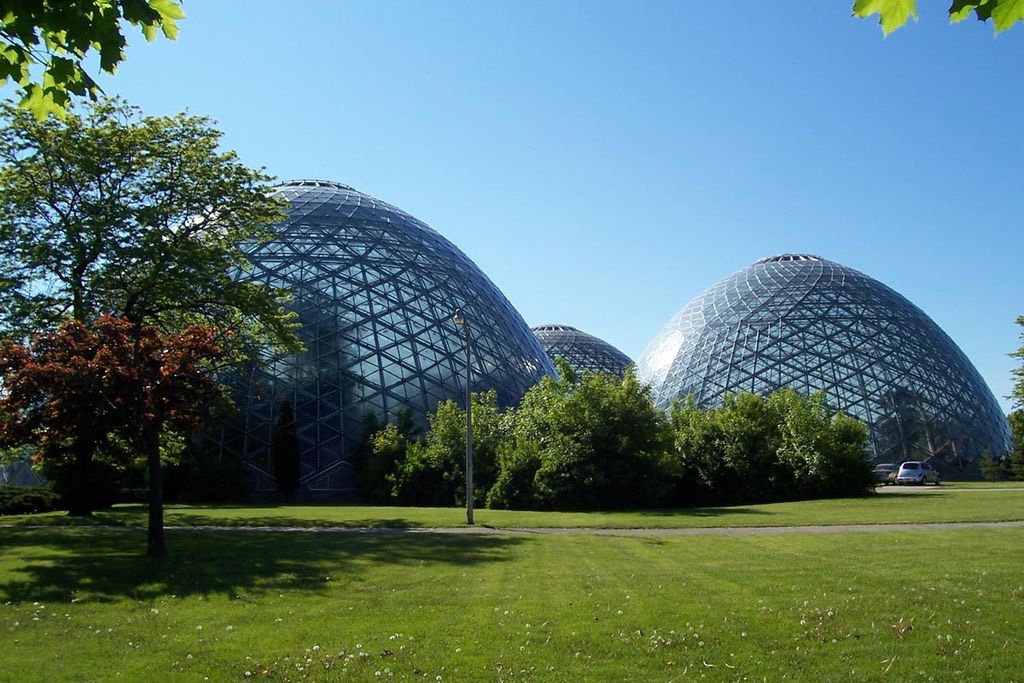 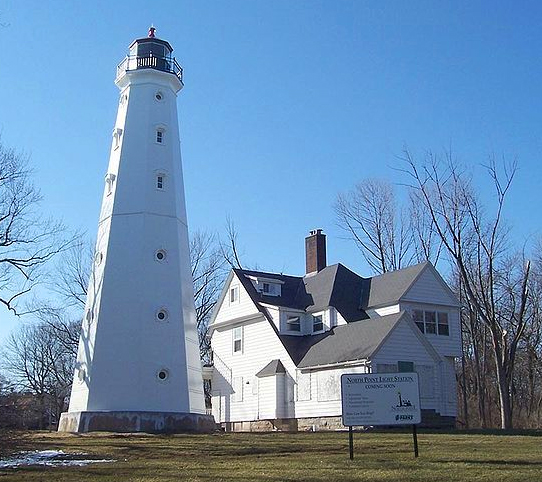 Above: The North Point Light is a lighthouse located in Lake Park on the East Side of Milwaukee. The lighthouse was added to the National Register of Historic Places in 1984. Photo licensed under Creative Commons Attribution-Share Alike 3.0 Unported: Jdsteakley 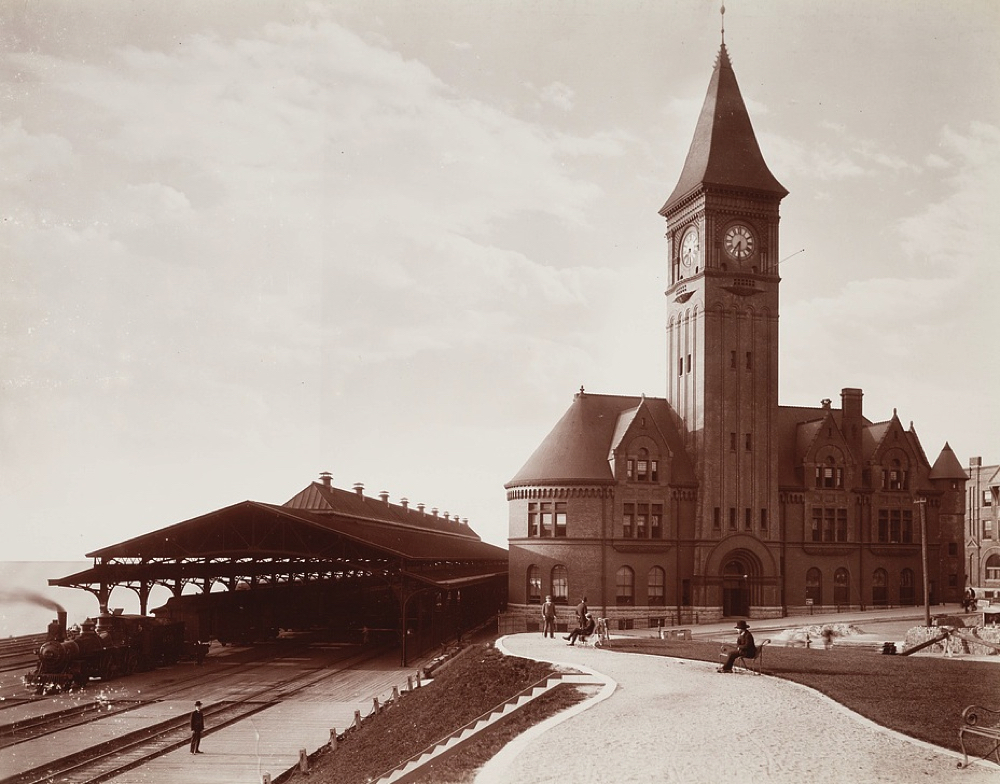 Above: Milwaukee's Lake Front Depot circa 1890. The Chicago and North Western Railway (C&NW) continuted to use the depot until May, 1966.