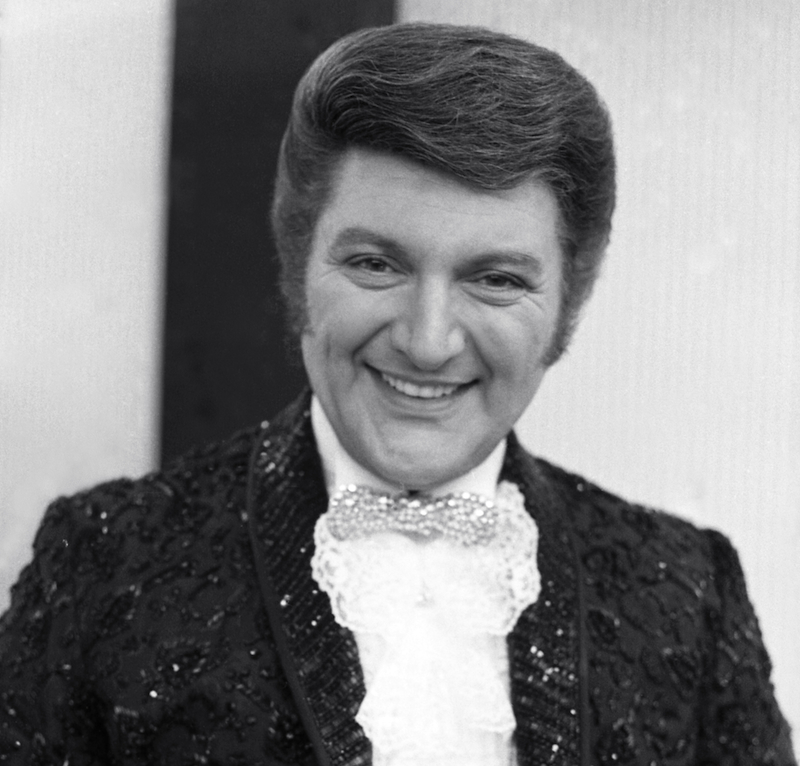 Above: Photo of Liberace licensed under the Creative Commons - Allan warren.


Liberace - Pianist, entertainer, actor; born Władziu Valentino Liberace on May 16, 1919 in West Allis, Wisconsin. Liberace was born with a caul (a piece of birth membrane that remains on the head) and was thought to be an omen that the child was destined for amazingness. He also had a twin that died at birth.

Liberace began playing the piano at age four. By age seven, he was capable of memorizing difficult pieces. He studied the technique of the Polish pianist Ignacy Paderewski. At age eight, he met Paderewski backstage after a concert at the Pabst Theater in Milwaukee.

A child prodigy and the son of working-class immigrants, Liberace enjoyed a career spanning four decades of concerts, recordings, television, motion pictures, and endorsements. During the depression, He gained experience playing popular music in theaters, on local radio, for dancing classes, for clubs, and for weddings. A graduate of West Milwaukee High School's class of 1937, he played jazz piano with a school group called "The Mixers". Liberace also performed in cabarets, honky tonks and strip clubs. He was a soloist with the Milwaukee Symphony at age 13, and at age 16 with the Chicago Symphony. He used two names to keep his musical personalities separate: He was Walter Liberace when he played with the Milwaukee Symphony, but Walter Busterkeys when he played in dance bands.

At the height of his fame, from the 1950s to the 1970s, Liberace was the highest-paid entertainer in the world. Liberace once stated, "I don't give concerts, I put on a show."

Buy Liberace album/CD music at Amazon. (Click on image below to browse.) 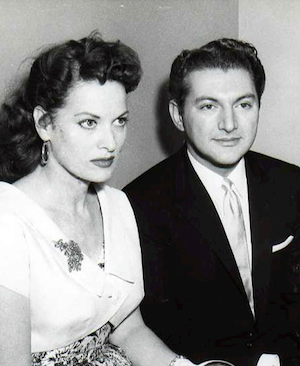 Above: Maureen O'Hara and Liberace in 1957 in a Los Angeles court. 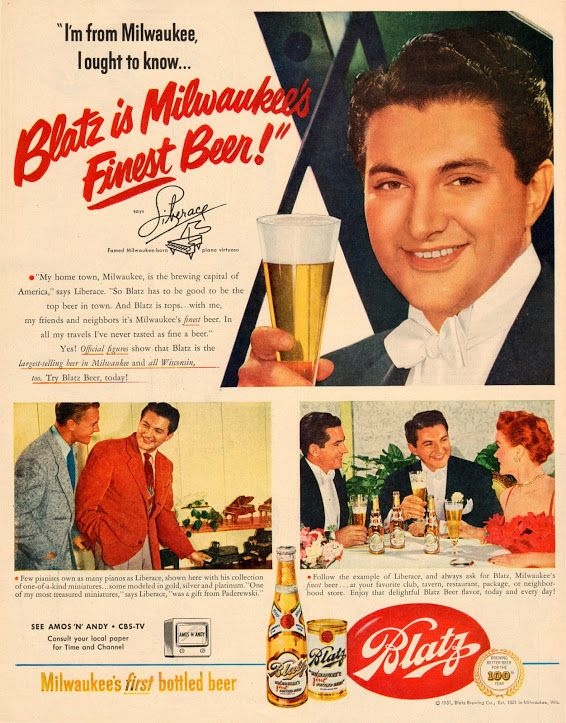 Above: Liberace in a 1951 Blatz Beer advertisement. From Blatz Beer's "I lived in Milwaukee, I ought to know" series.


Above: Liberace appearing in What's My Line on June 3, 1956 as the "Mystery Guest". It's worth watching the first minute just to see his amazing signature on the sign-in blackboard.