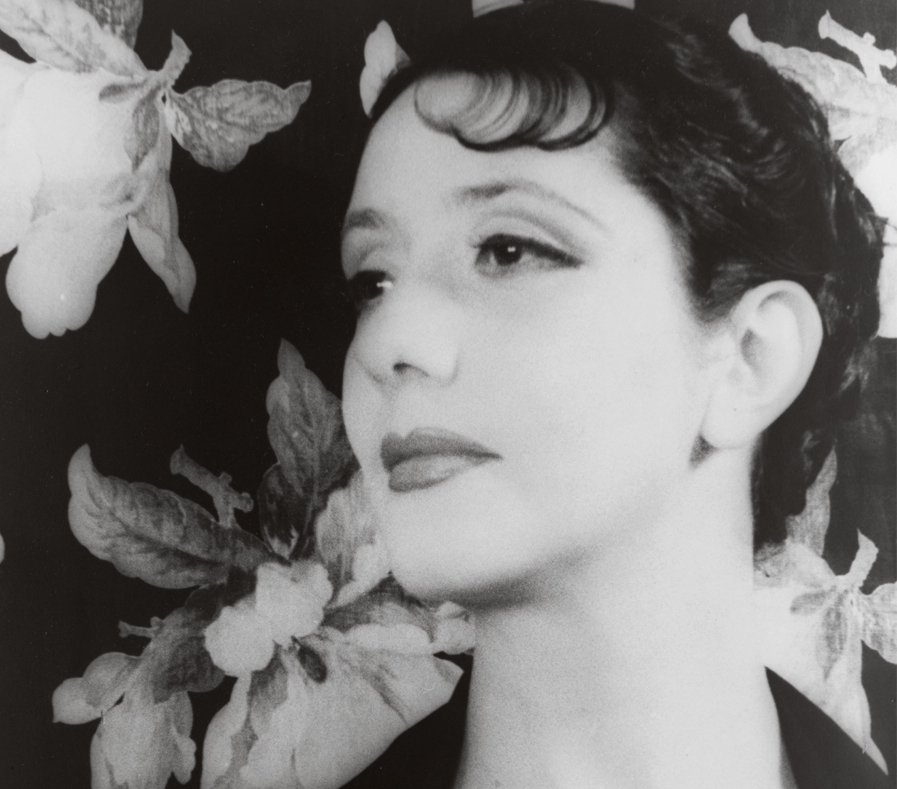 Lynn Fontanne - British-born American-based actress; was born on 6 December 1887 in Woodford, London, England, but married Wisconsinite, Alfred Lunt in 1922. Fontanne had a long-time professional partnership with her husband and is considered one of the great leading ladies of the 20th century.

Fontanne became celebrated for her skill as an actress in high comedy, excelling in witty roles written for her by Noël Coward, S.N. Behrman, and Robert Sherwood. However, she enjoyed one of the greatest critical successes of her career as Nina Leeds, the desperate heroine of Eugene O'Neill's controversial nine-act drama Strange Interlude 1928.

Fontanne and her husband, Alfred Lunt, whom she married on May 26, 1922, in New York City, were the pre-eminent Broadway acting couple. They appeared together in more than twenty plays and were featured, posthumously, on an American postage stamp. In 1938, Fontanne appeared in Chekhov's The Seagull (in which she played Arkadina, Lunt played Trigorin, and fellow Wisconsinite, Uta Hagen made her Broadway debut in the role of Nina at the age of 18.)

For most of her career, Fontanne acted exclusively in vehicles also starring her husband. Among their greatest theater triumphs were Design for Living (1933), The Taming of the Shrew (1935–36), Idiot's Delight (1936), There Shall Be No Night (1940), and Quadrille (1952). Their last performance on Broadway was at the Lunt-Fontanne Theatre where they starred in 189 performances of The Visit.

The Lunts starred in four television productions in the 1950s and 1960s with both Fontanne and Lunt winning Emmy Awards in 1965 for The Magnificent Yankee,


Awards and nominations include:

During their careers, Fontanne and Lunt retreated to Ten Chimneys every summer for personal and artistic rejuvenation. A host of stage and screen luminaries made pilgrimages to Genesee Depot as guests of the Lunts, including Noël Coward, Helen Hayes, Laurence Olivier, and Vivien Leigh. Carol Channing said, "If you get to go to Ten Chimneys, you must have done something right."

Upon retirement, the Lunts returned to Ten Chimneys and spent the rest of their lives at their beloved home in Genesee Depot.

Buy books about the Lunts at Amazon. (Click on image below to browse.)


Lynn Fontanne
Actress. Fontanne along with her husband, Alfred Lunt, received the Presidential Medal of Freedom in by President Lyndon Johnson. 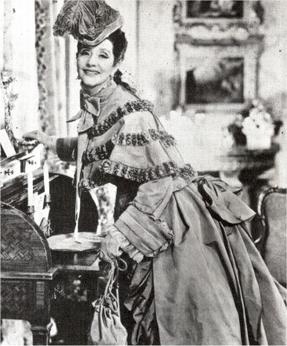 Above: Publicity shot from 1952 showing Lynn Fontanne starring as Serena Heronden in the play Quadrille by Noël Coward. 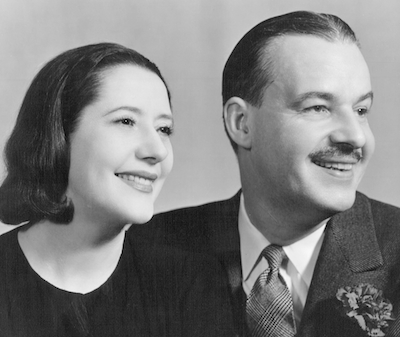 Above: Photo of Lynne Fontanne and Alfred Lunt in 1941. The couple were the pre-eminent Broadway acting couple of American history.

Above: Lunt-Fontanne Theater located at 205 West 46th Street in midtown Manhattan. Photo licensed under the Creative Commons - Elisa Rolle. Originally called the Globe Theater, it was rechristened as the Lunt-Fontanne in honor of Alfred Lunt and Lynn Fontanne and reopened on May 5, 1958 with Friedrich Dürrenmatt's The Visit, starring the distinguished theatrical couple. 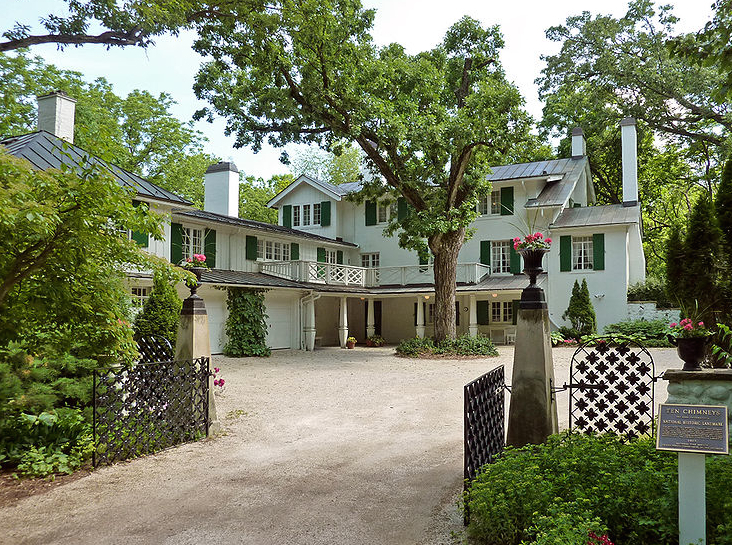 Above: Ten Chimneys was the home of Broadway actors Alfred Lunt and Lynn Fontanne. The property is located in Genesee Depot in the Town of Genesee in Waukesha County, Wisconsin. Fontanne died at Ten Chimneys on July 30, 1983 at the age of 95. Photo licensed under the Creative Commons - James Steakley.

Above: The original 1931 trailer for The Guardsman starring Alfred Lunt and Lynn Fontanne.