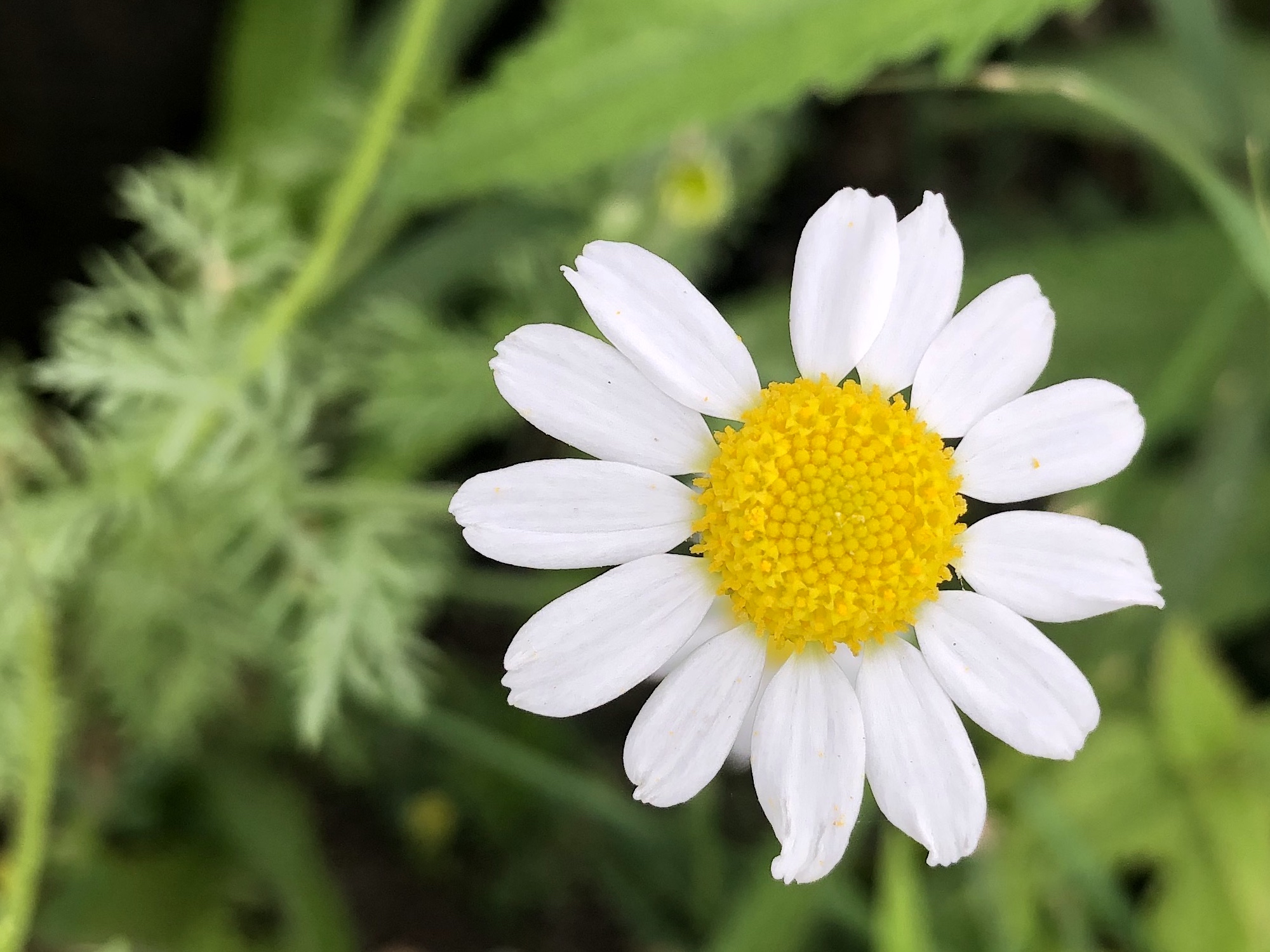 Above: Chamomile surrounding a telephone pole on Monroe Street (near Crandall Street) in Madison, Wisconsin. (8/6/20).

Chamomile is adventive in Wisconsin:  Not native to and not fully established in a new habitat or environment; locally or temporarily naturalized. Chamomile occasionally escapes cultivation but is not known to invade high quality habitat. (Photos on this page were taken of Chamomile growing in mowed areas and scrub areas.)

Each Chamomile flowerhead spans about 1-2" across and consists of 10-20 white ray florets that surround a central domed cone of bright golden yellow tubular florets. The domed cone (disk) is hollow at the core (see illustration below).

Each Chamomile flowerhead has a naked flower stalk at its base of varying length. The crushed flowerheads have a fruity fragrance, resembling pineapple or apple; sometimes the crushed leaves are fragrant as well.

Chamomile flowers have a strong, aromatic apple-like fragrance and are attractive to bees and butterflies.

Above: Chamomile leaves are 1/2 to 3 inches long. They are feathery with branching lobes. 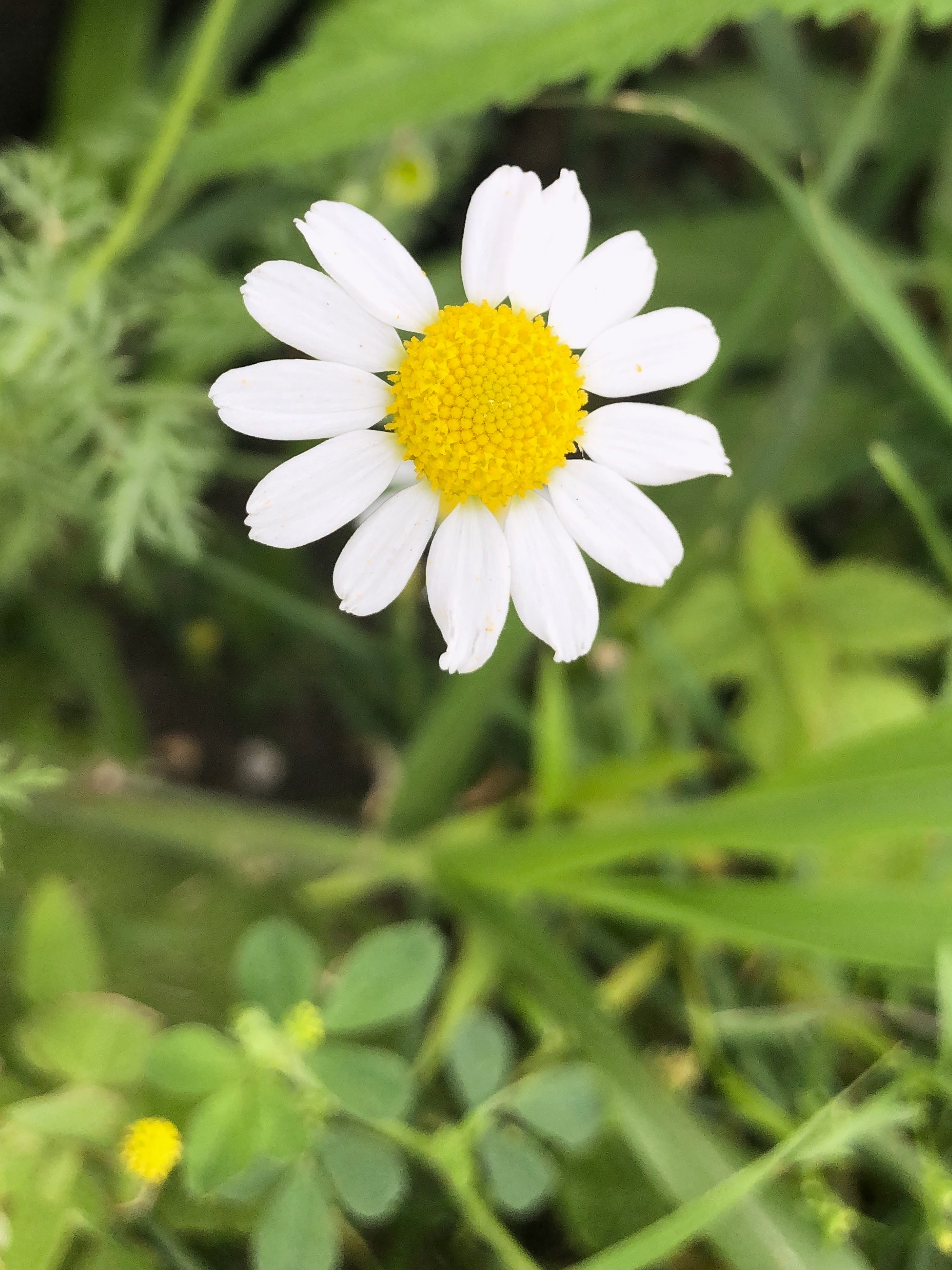 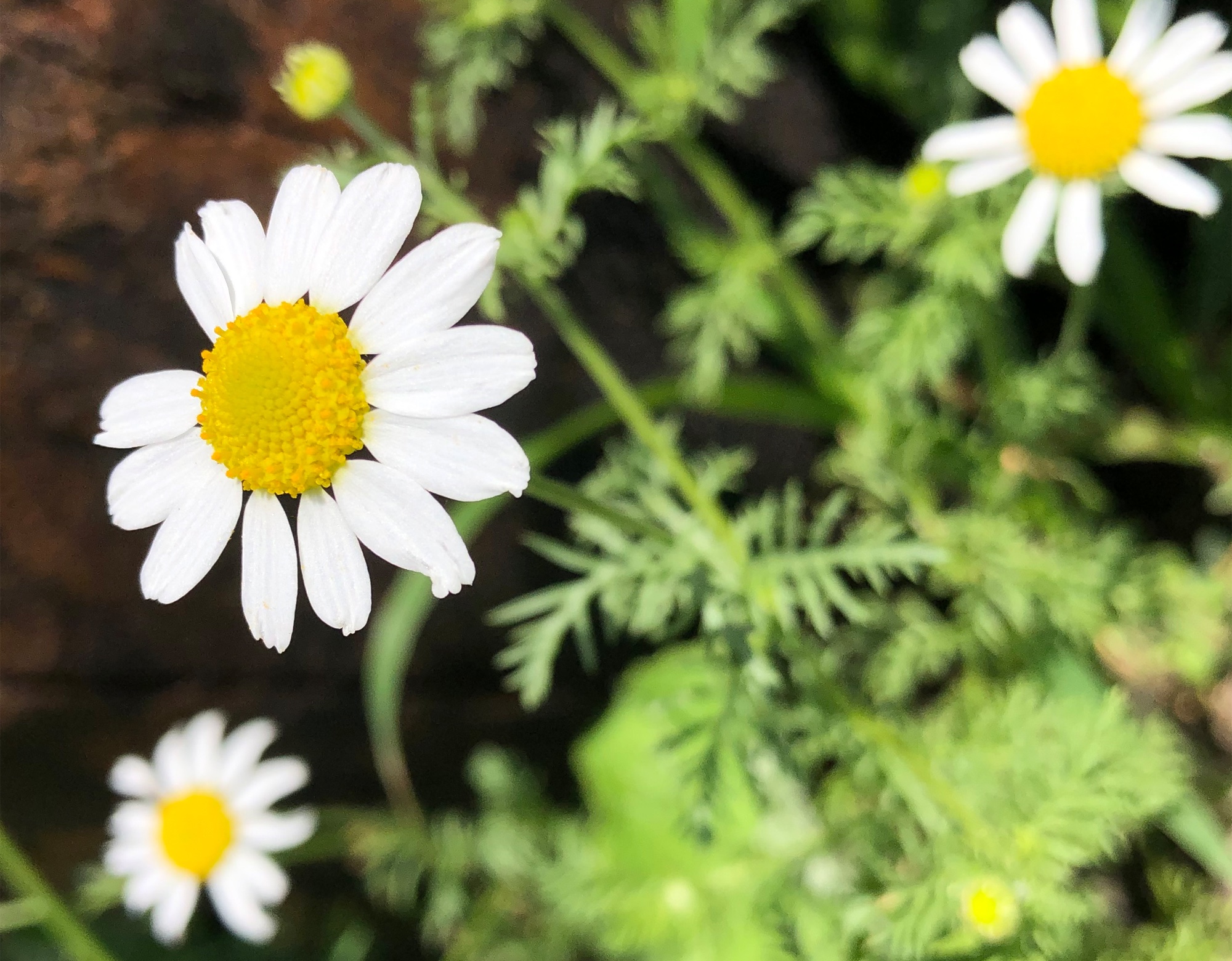 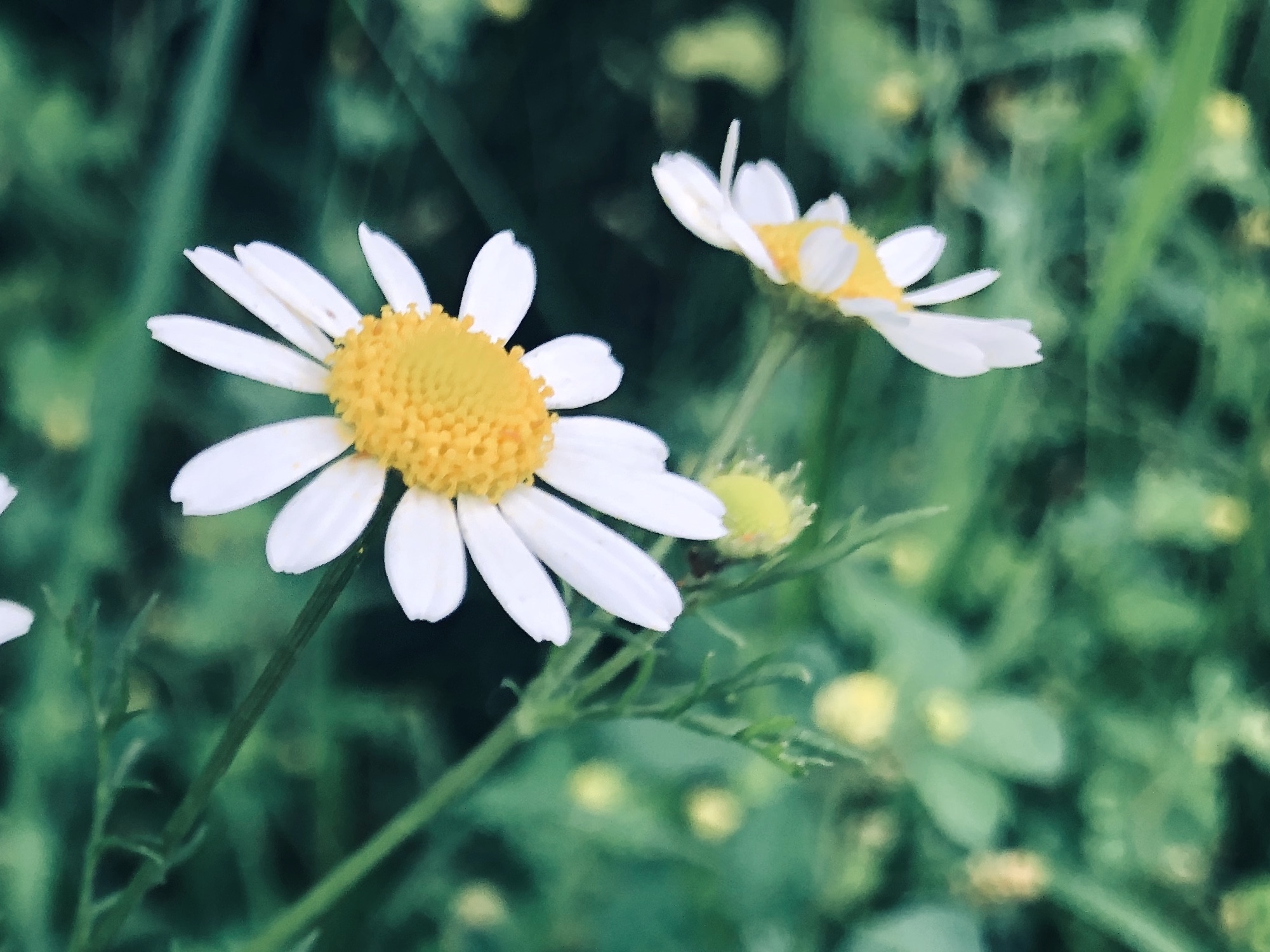 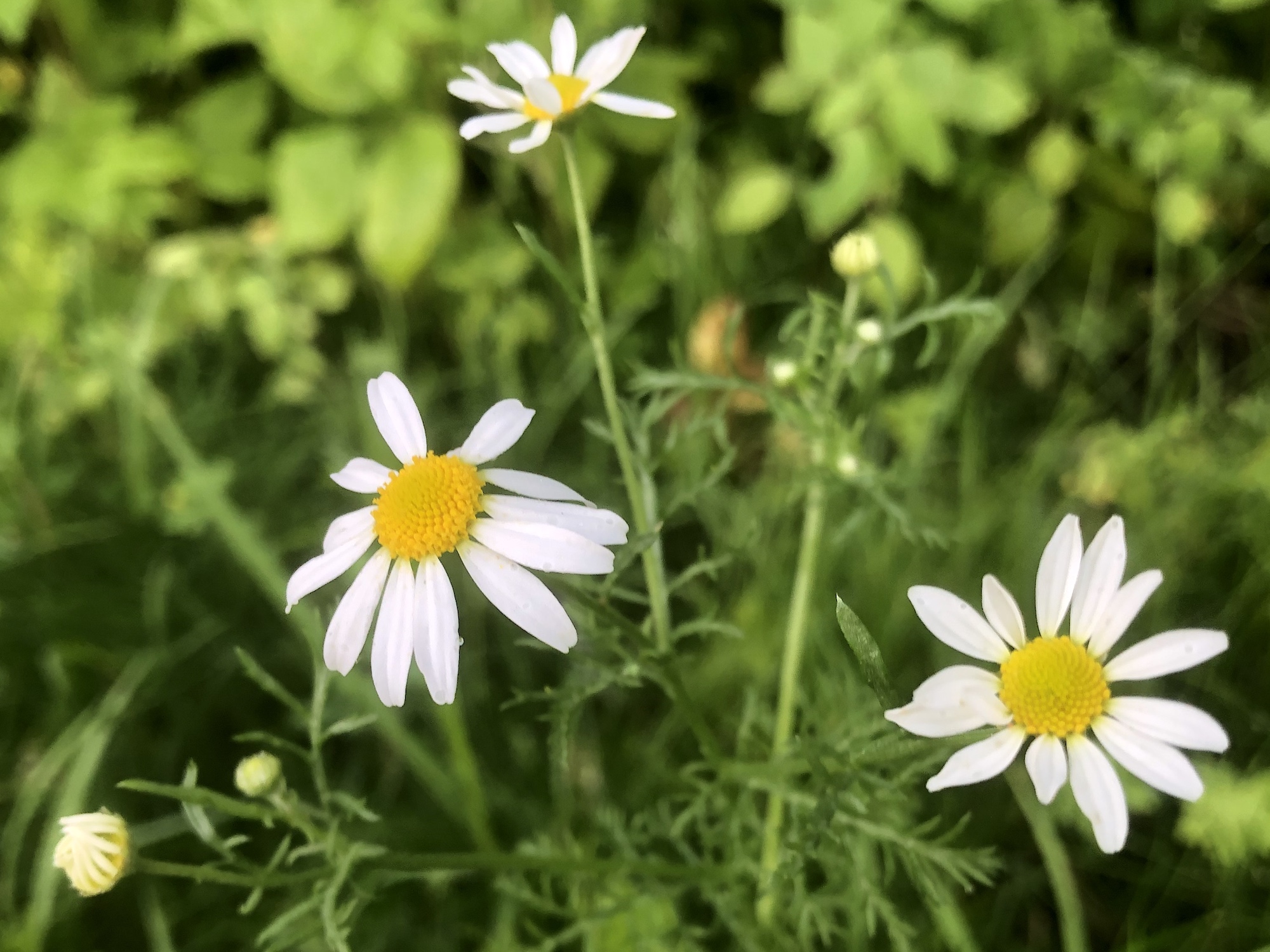 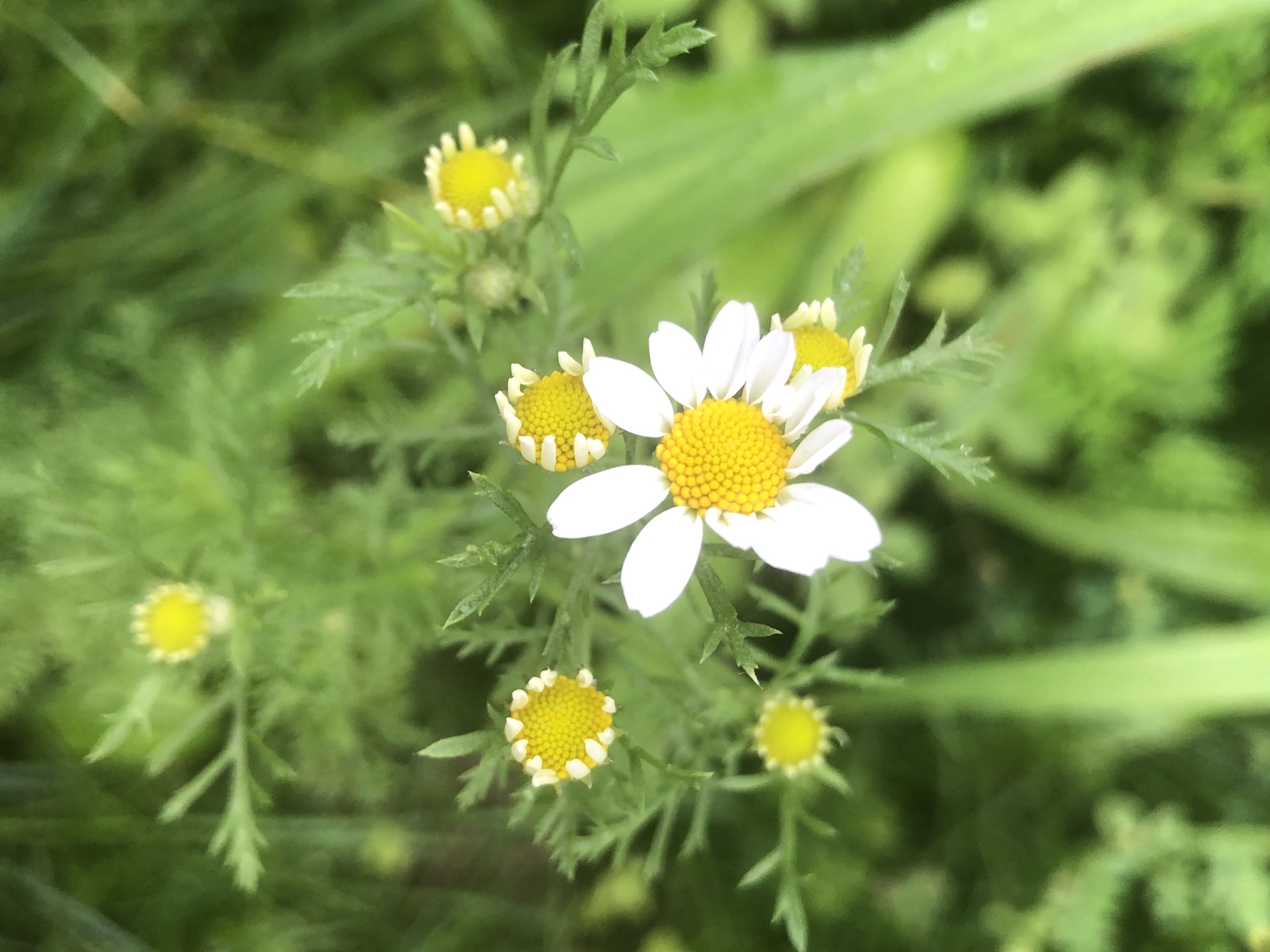 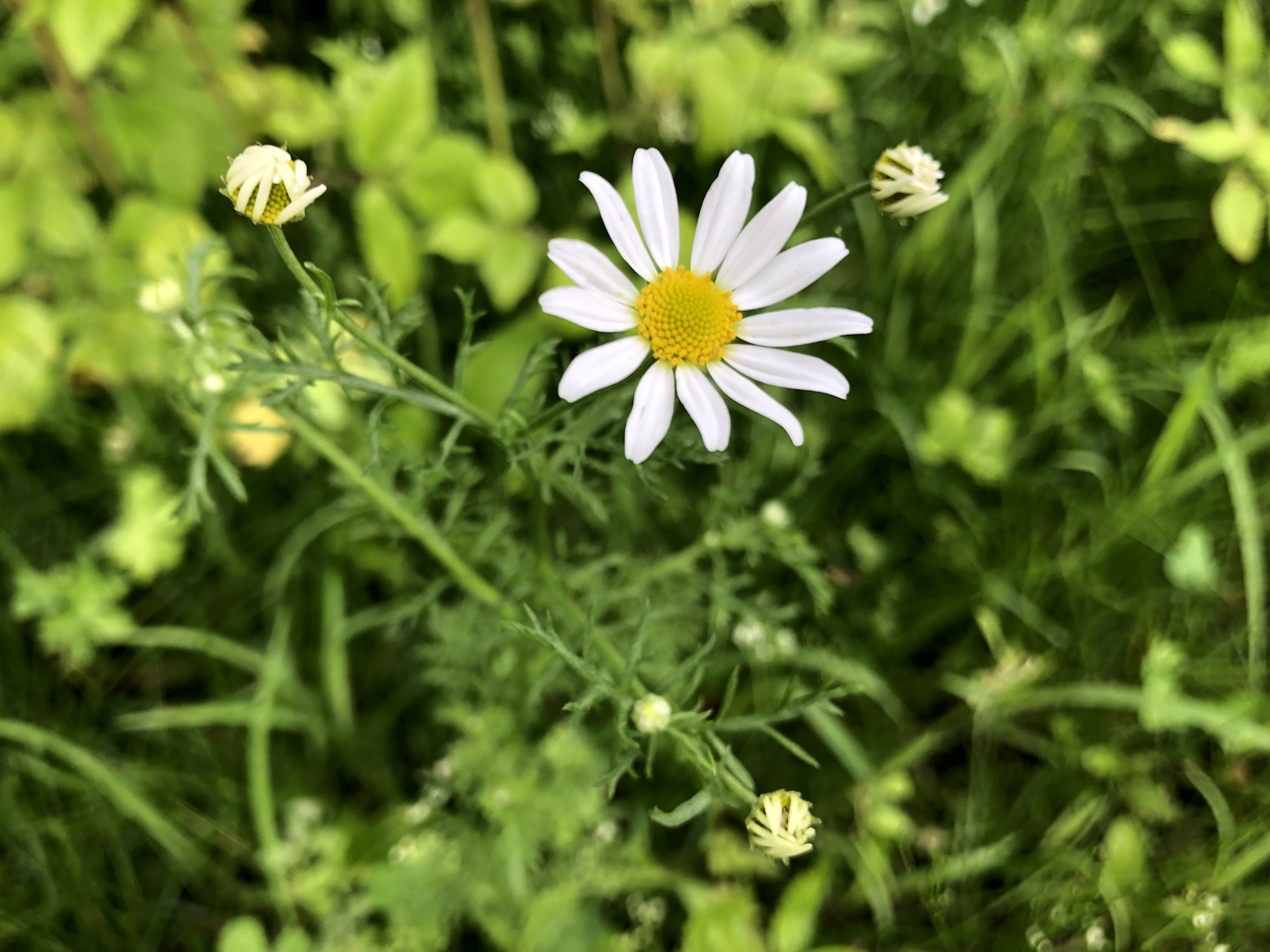 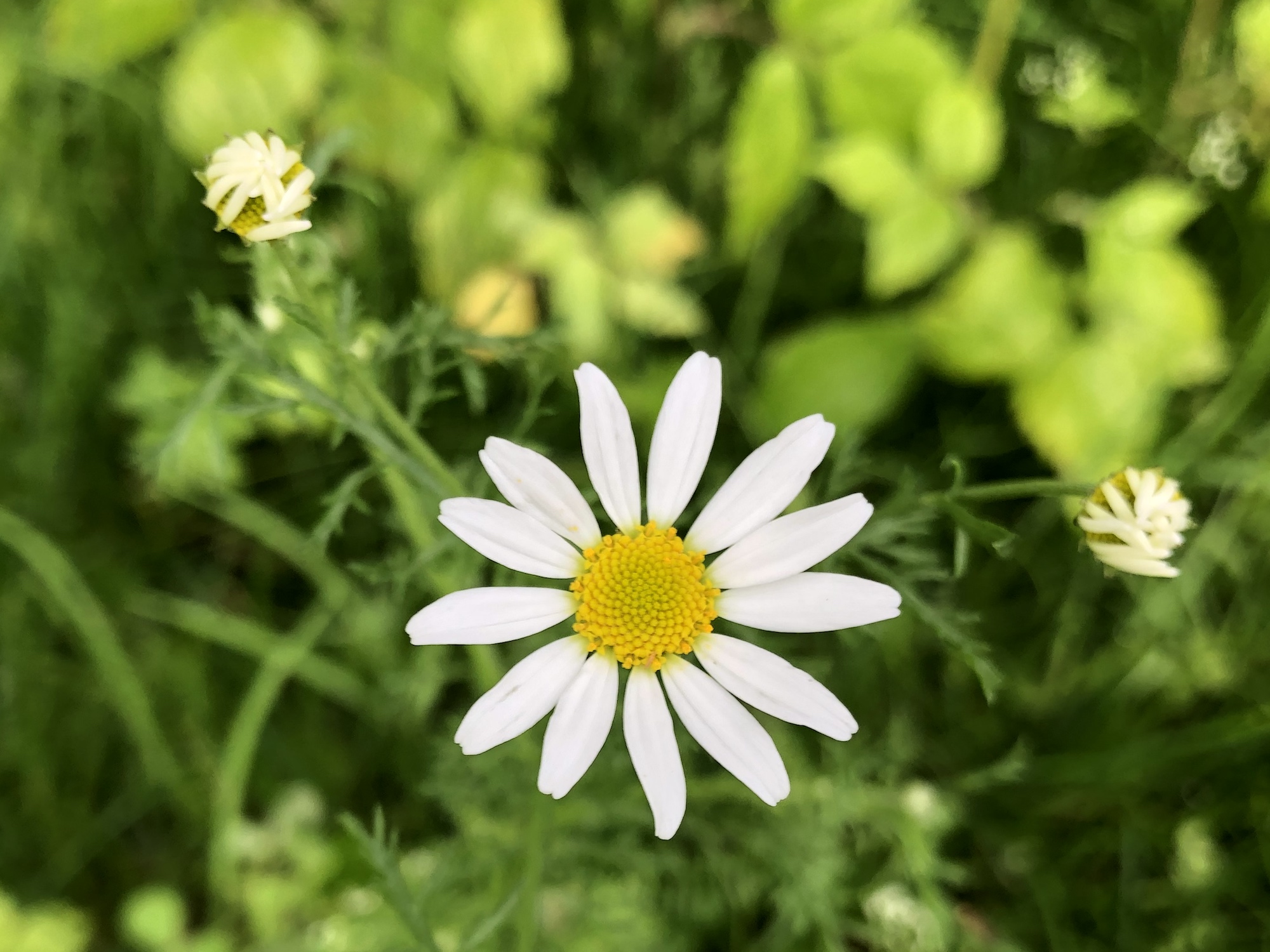 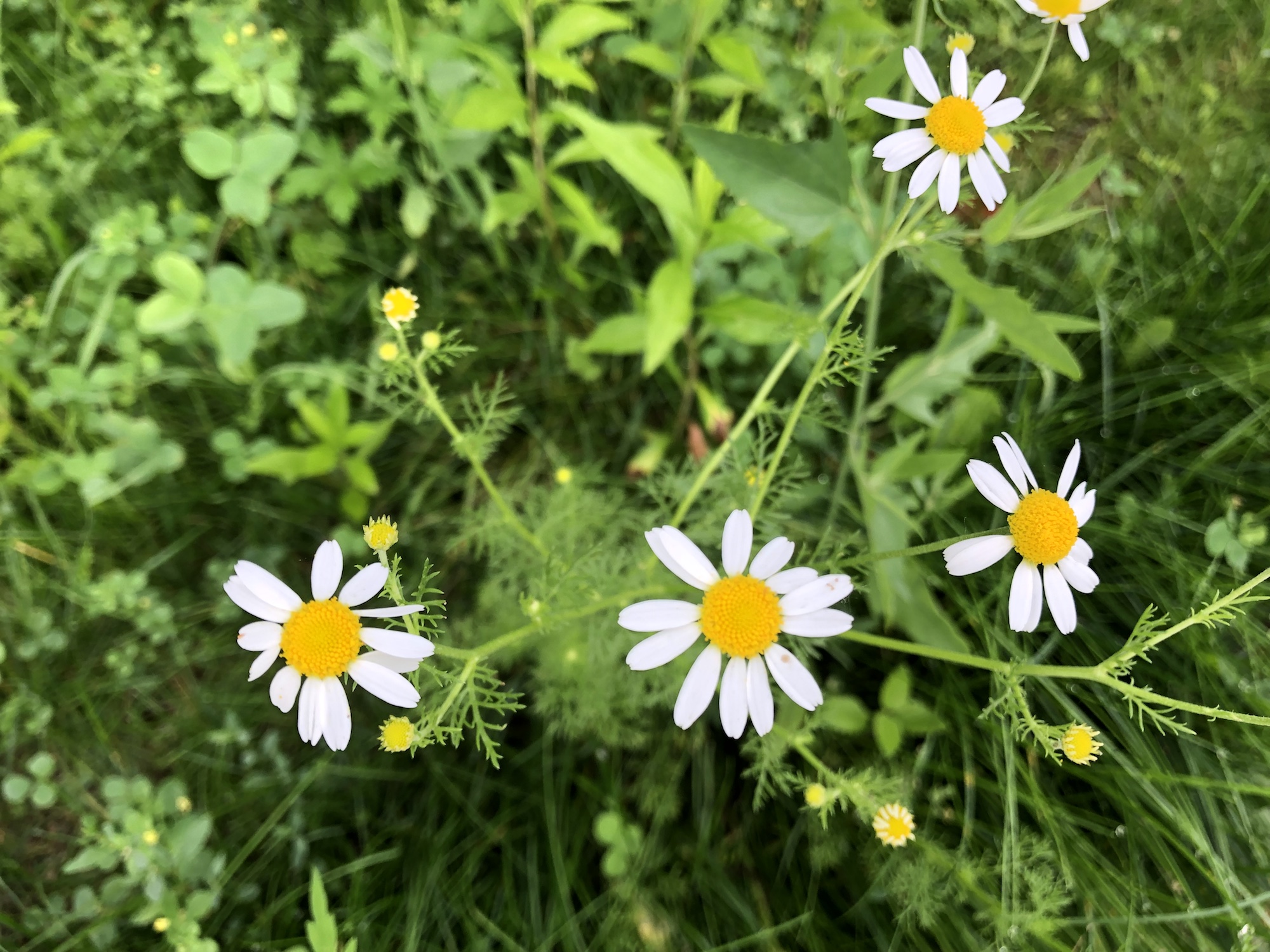 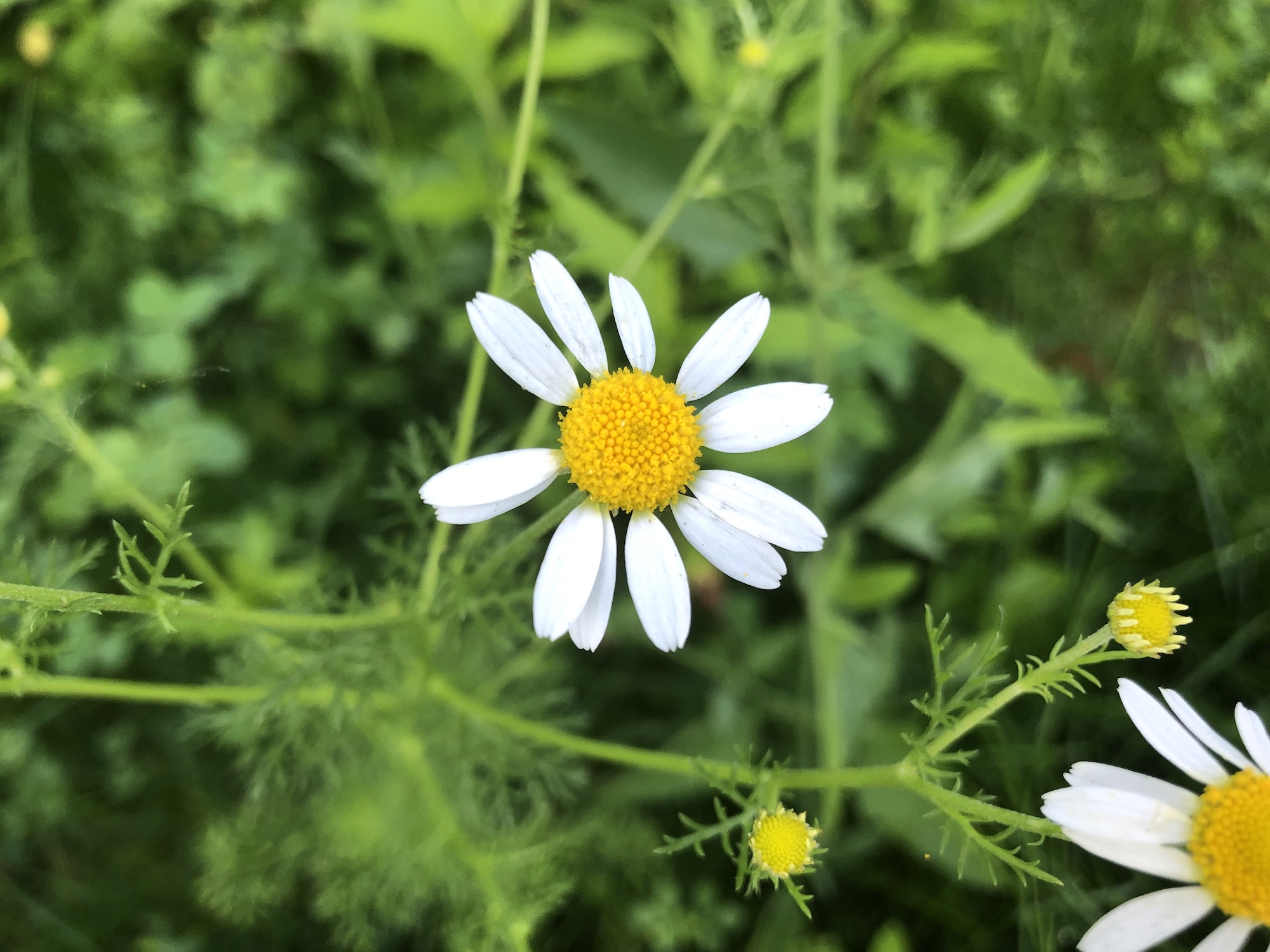 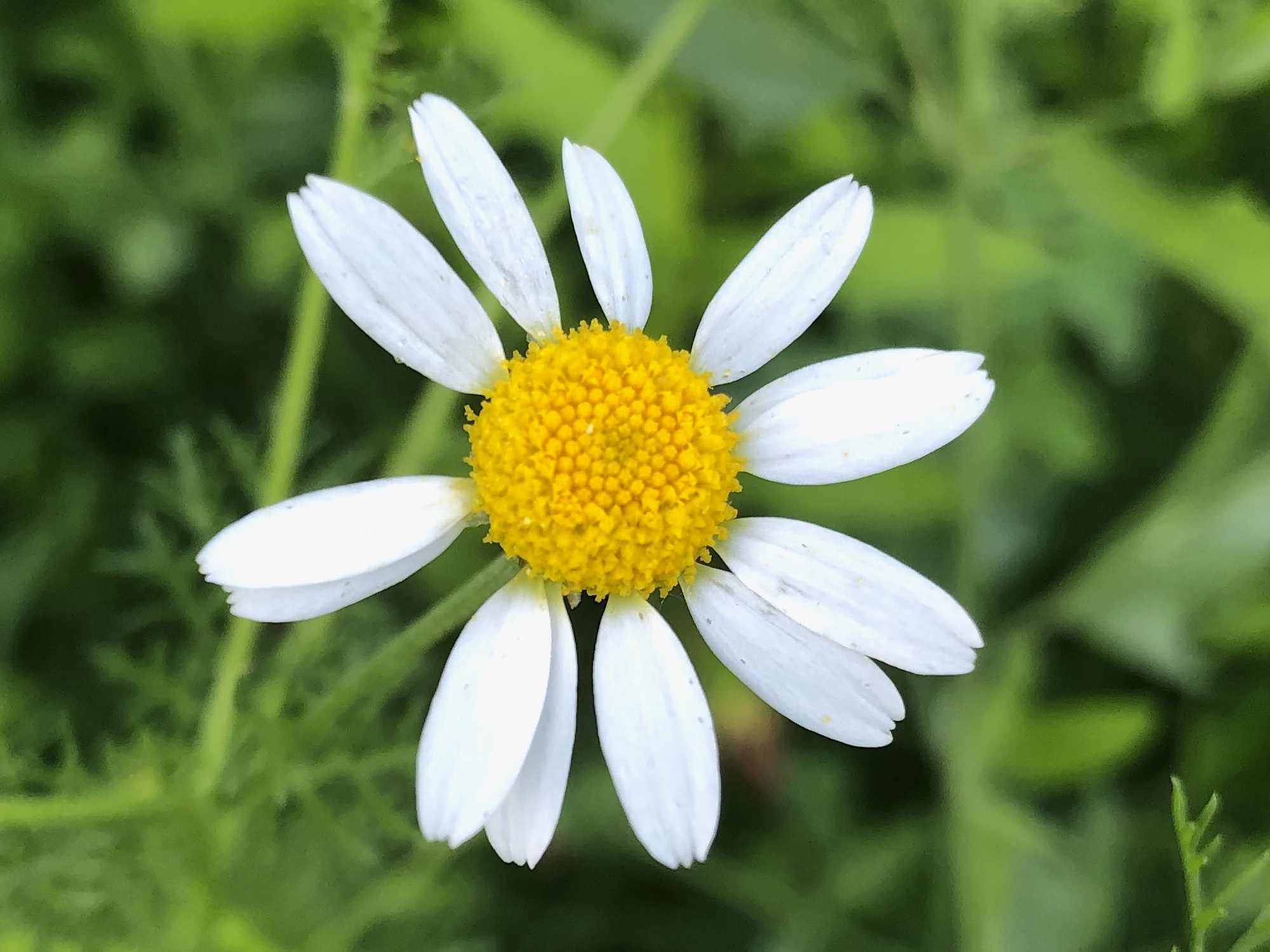 ↩  Back to Wisconsin Wildflowers 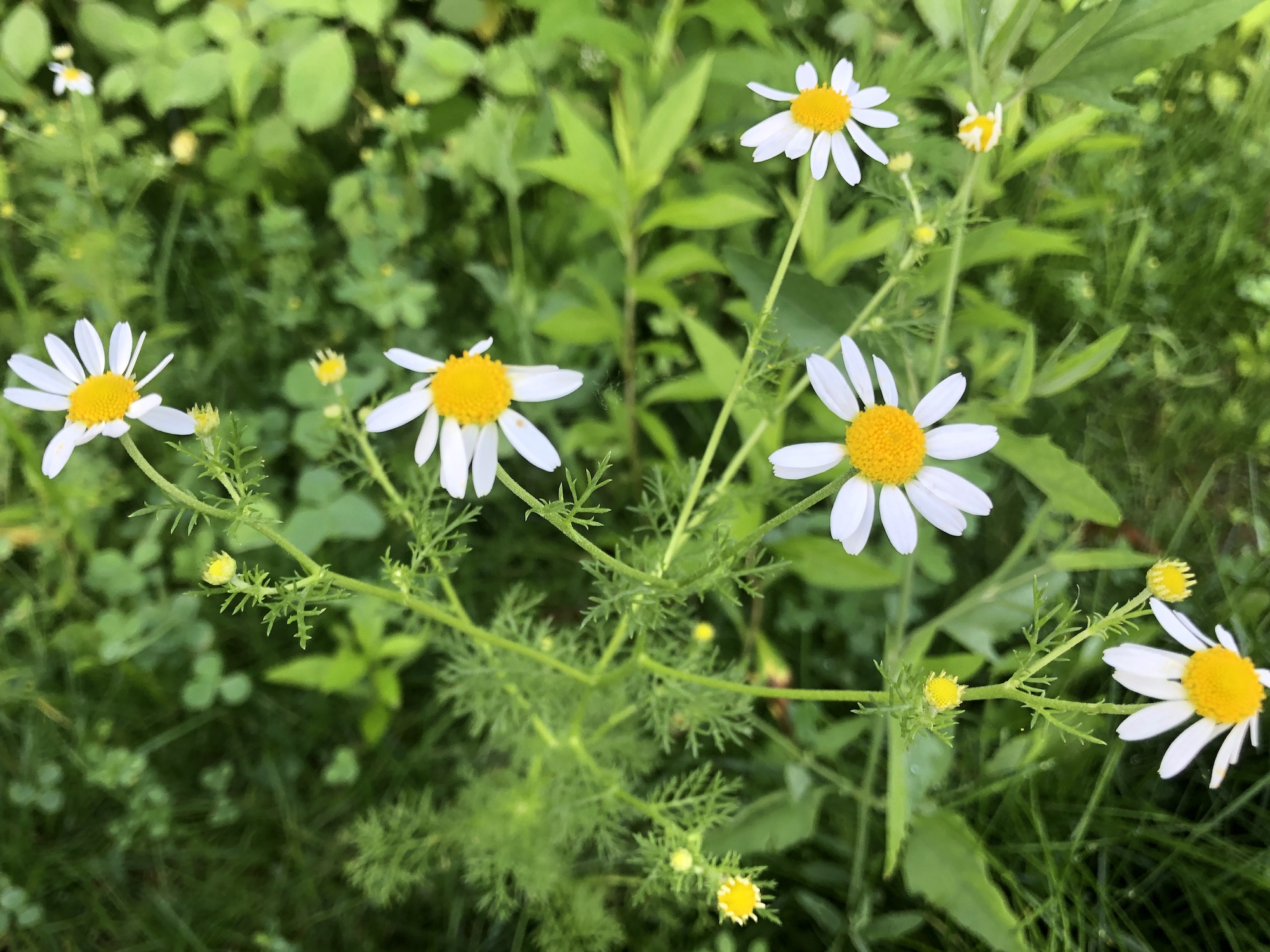 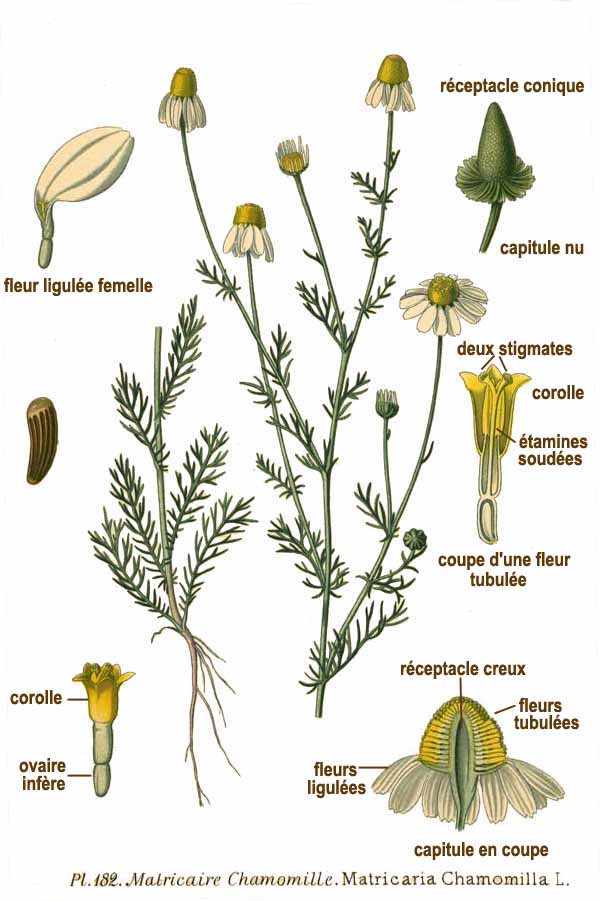 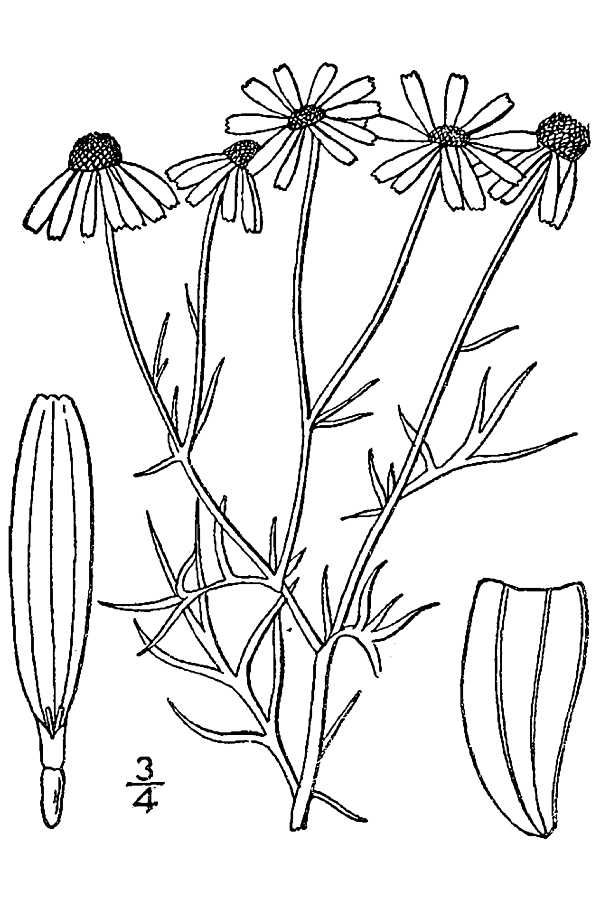 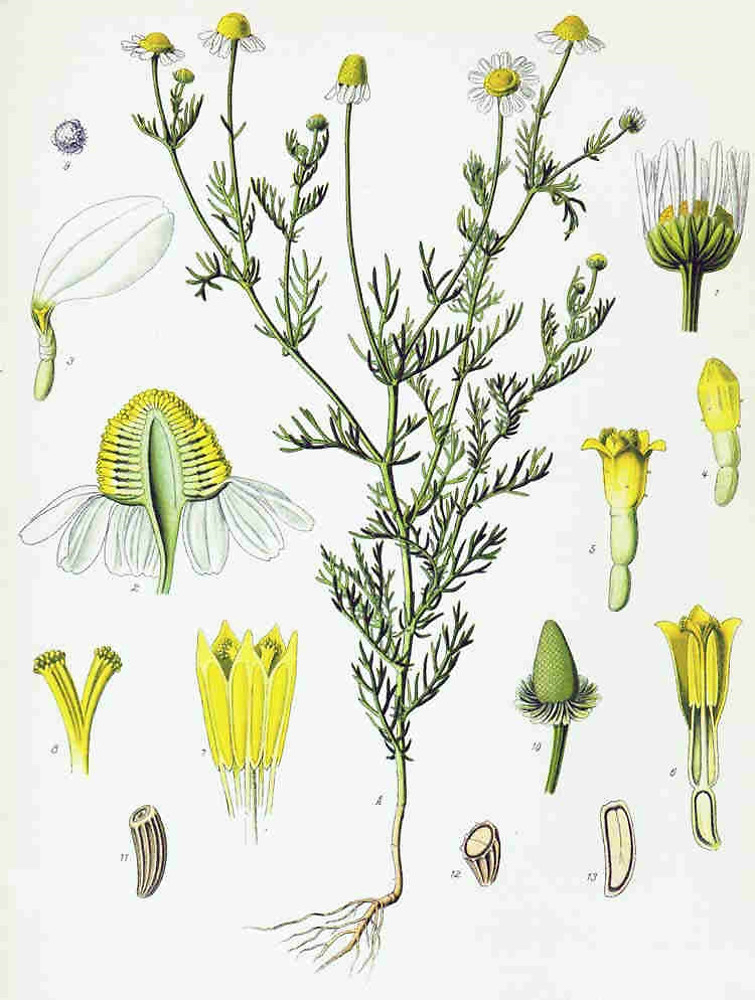 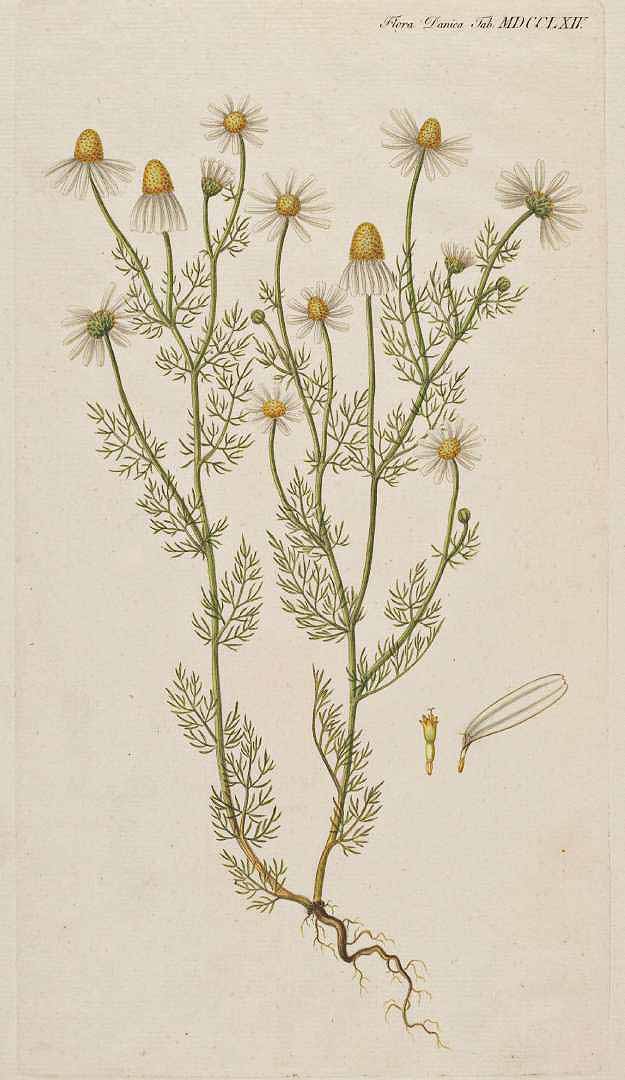 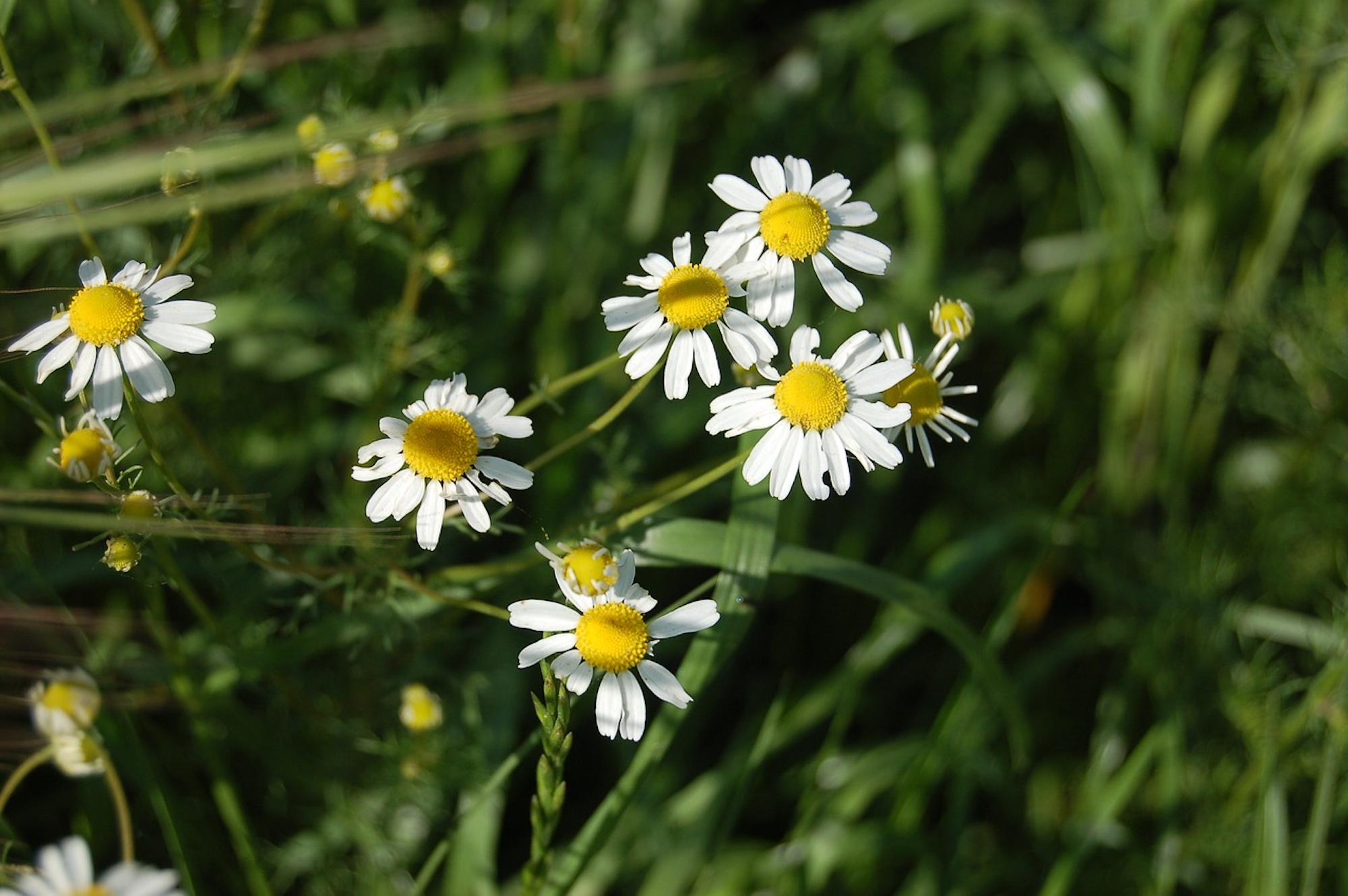 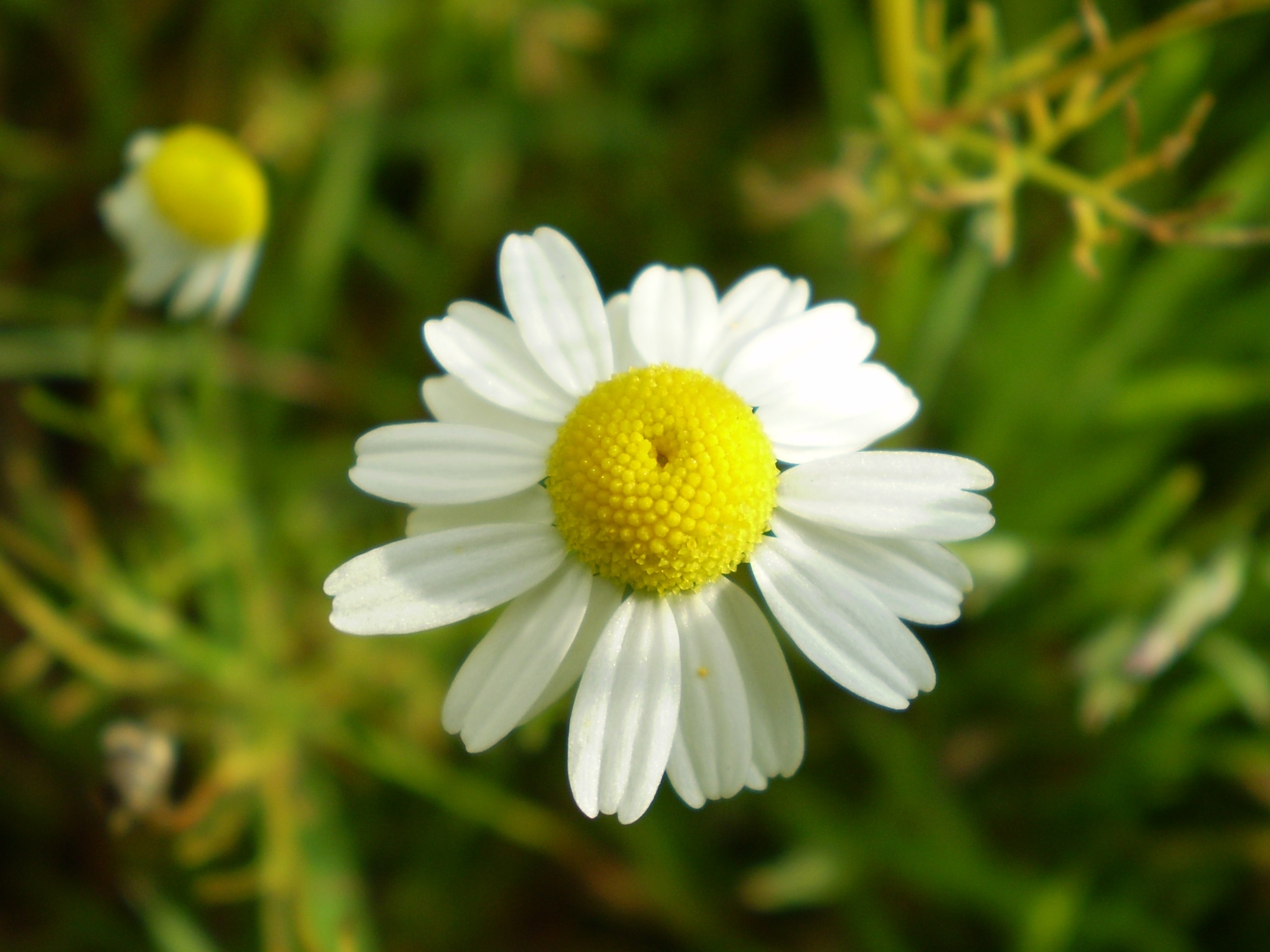 ↩   Back to Wisconsin Wildflowers